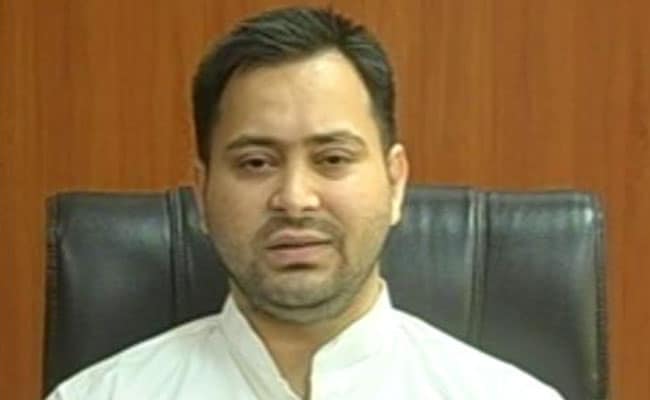 Patna: The issue of alleged sexual exploitation of girls at a government-funded shelter home in Bihar rocked both houses of the Bihar Assembly on Tuesday, with the opposition RJD sticking to its demand of a CBI probe, while the police said there was no need to involve the central agency.

Director General of Police KS Dwivedi said medical examinations of 29 of the 42 inmates confirmed that they were sexually exploited but added there was no need for a probe by the Central Bureau of Investigation.

Two other inmates could not undergo the test as they were unwell, he said.

Proceedings were adjourned, both in the Assembly and the Legislative Council, within minutes of their commencement as opposition legislators created a ruckus accusing the Nitish Kumar government of trying to shield the accused.

Raising the issue in the Assembly, Leader of Opposition Tejashwi Yadav said the JD(U)-BJP state government was trying to evade responsibility in the matter and it was only after a court order that the action was taken.

Mr Yadav told the House that the government appears to be “shielding” the guilty and there has been no let up in crimes against women notwithstanding claims by the government that they could safely move around even in the night, he alleged.

“We stick to our demand for a CBI inquiry into the matter. In view of the seriousness of the matter involved, we would like the probe to be monitored by the high court,” Mr Yadav told reporters outside the Assembly.

Responding to the charges, Deputy Chief Minister Sushil Kumar Modi told the House that the government was trying to neither shield nor implicate anyone.

“The matter had come to light not because of you (opposition) but because of a social audit conducted by the government itself,” he said.

PM Modi said the government had not shied away from taking action against any of the accused, including Brajesh Thakur, who controlled the NGO that ran the shelter home and was said to be close to many people in the ruling parties.

“This is not a government which would seek to protect a Rajballabh Yadav,” the deputy chief minister said, referring to an RJD MLA who is in jail in connection with a rape case, which had come to light two years ago when Mr Yadav’s party was a part of the ruling Grand Alliance.

Parliamentary Affairs Minister Shravan Kumar later told the Assembly that the government had taken serious note of complaints of sexual exploitation of inmates which had come to light in a social audit conducted by the Tata Institute of Social Sciences, Mumbai.

“In order to prevent recurrence of such events, the action taken on the basis of the social audit report will be reviewed by experts,” he said.

To ensure better protection for inmates against possible sexual abuse at these homes, the authorities were instructed to give priority to transgenders while appointing security guards, Kumar added.

Earlier, members of opposition and treasury benches engaged in heated arguments within minutes of commencement of proceedings, forcing adjournment till lunch.

Uproarious scenes were also witnessed in the council where Deputy Chairman Haroon Rashid adjourned the House within minutes of commencement of proceedings as opposition members demanded a special debate on law and order situation.

Meanwhile, DGP K S Dwivedi said he was fully satisfied with the progress of police investigation in the case so far and that 10 of the accused have already been arrested while efforts were on to nab an absconding one.

He said three inmates had alleged that a girl was killed and buried in the compound of the home for resisting sexual exploitation bid, but that no mortal remains were found when the place was dug on permission of a court on Monday.

He said services of a sniffer dog was also taken to find out if there was any body buried nearby, but it too did not yield any positive result.

However, soil sample from the place has been sent for forensic tests, he said.

The DGP also said the complainants were not able to reveal the identity of the inmate allegedly killed and buried.

The police were verifying the allegation that four inmates had earlier fled the shelter home and three others were dead, the DGP said in a press conference.

As per records of the shelter home, only one inmate was missing and she has since been traced by police, he said.

Muzaffarpur Senior Superintendent of Police Harpreet Kaur on Monday said the excavation was stopped and the pit was filled up.