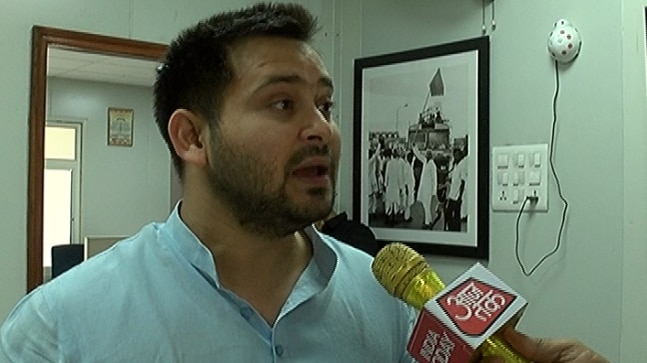 The RJD has now asked the Governor to invite them to form the new government in the state. RJD is the single largest party in Bihar with 80 legislators.

“According to the Karnataka formula where the Governor ignored the post-poll alliance stitched by Congress and Janta Dal (Secular) with 116 seats altogether, well pass the half way mark of 112 and invited BJP, RJD should be given a opportunity to form a govt in Bihar as it was not just the single largest party in the state with 80 legislators but also had a pre-poll alliance with Congress which has 27 legislators taking the tally of the grand alliance to 107 in the House of 243 legislators,” former deputy CM Tejashwi Yadav told India Today in an exclusive interview.

He will be meeting the Governor tomorrow at 1 pm after participating in a ‘dharna’ organized by his party over the same issue.

“There cannot be two type of law prevailing in the country. I will meet the Governor and ask him to sack the Nitish Kumar government. We are the single largest party and given an opportunity, we will be able to form a government in Bihar,” said Tejashwi.

The RJD leader said that he will meet the Governor along with party MLAs to make his voice heard.

It may be mentioned that after Nitish Kumar broke ties with RJD and Congress, Tejaswi Yadav had staged ‘dharna’ before the Raj Bhawan till 2 am on July 27 last year demanding then Governor Keshri Nath Tripathi to call his party to form the government. However, his demands were not met.