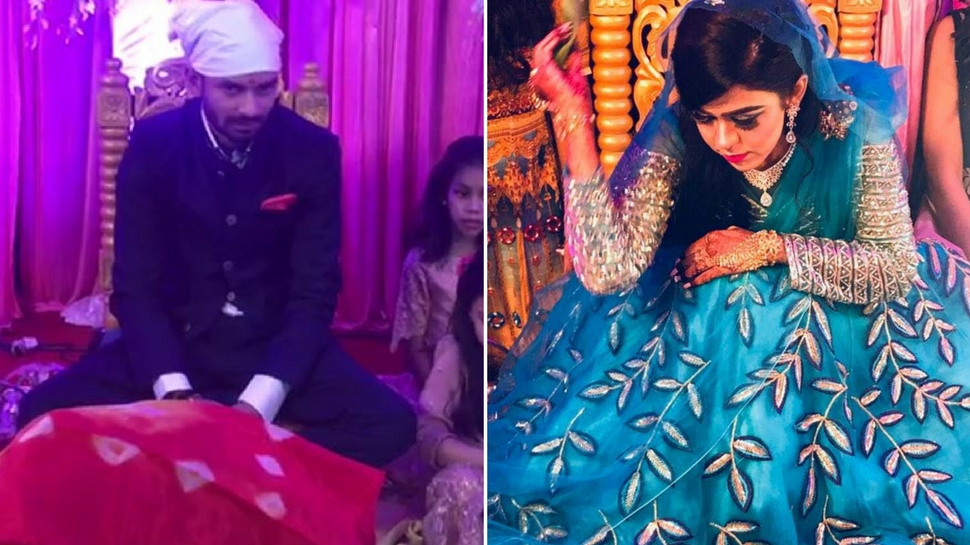 Rashtriya Janata Dal (RJD) supremo Lalu Prasad Yadav’s son Tej Pratap Yadav has started distributing the invitation cards for his wedding with Aishwarya Rai, the granddaughter of former Bihar chief minister Daroga Prasad Rai. Among the invitees are all big names from the Bihar politics. However, one Janata Dal United (JDU) MLC, Niraj Kumar, has put forth a condition to attend the marriage of the former health minister of Bihar.

This demand by the ruling party leader has sparked a new political row, with the RJD targeting Chief Minister Nitish Kumar over the issue. RJD spokesperson Ramanuj Prasad has said that JDU must first declare if Nitish Kumar’s party is completely free of dowry and liquor.

Tej Pratap Yadav and Aishwarya Rai got engaged at Hotel Maurya in Patna on April 18. Except for Lalu Prasad Yadav, who is jailed after his conviction in the fodder scam cases, all close family members are friends had attended the engagement ceremony.

Nearly 200 people were present at the hotel when Tej Pratap and Aishwarya Rai exchanged the rings. Special arrangements were made for the engagement. The flowers for the decoration had reportedly been brought from Delhi, Kolkata, Bengaluru and Pune.

Aishwarya Rai is the eldest daughter of RJD leader Chandrika Prasad Rai. Their marriage is likely to take place in May this year.

Tej Pratap’s mother Rabri Devi, who is also an RJD leader and former Bihar chief minister, had finalised the marriage in March following consultations with Aishwarya’s father Chandrika Prasad Rai, a former Bihar minister, and her mother Poornima Rai, who is an assistant professor in Patna Women’s College.