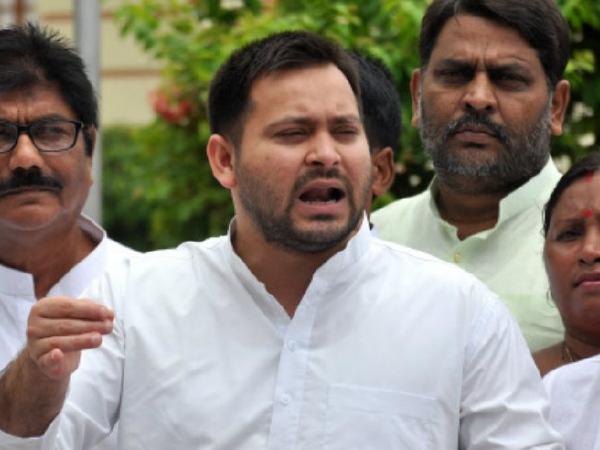 Patna: Rashtriya Janata Dal (RJD) leader and former deputy chief minister of Bihar Tejashwi Yadav showed support to the Left parties who have called for Bihar bandh on Thursday. The bandh is also being supported by the Congress, said Yadav. The parties will demand Chief Minister Nitish Kumar’s resignation during the bandh.

The Opposition parties have been outraging in the state since the gruesome rape of 34 girls and death of one in Bihar’s Muzaffarpur came to light.

Yadav also warned his rival Nitish Kumar, “I assure that I will compel Nitish Kumar to speak up. Chacha, get ready to walk the talk.”

Nitish Kumar had ordered a CBI probe into the matter after the pressure from various opposition parties built up. Thirty-four out the 42 girls in a shelter home in Bihar’s Muzaffarpur were molested and raped by the owner and 10 other people. The Bihar police have arrested ten, while the main accused is still absconding.