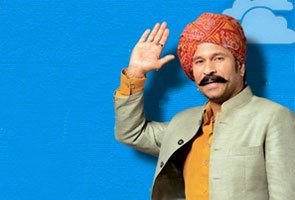 New Delhi: Bihar’s ruling party JD(U) on Friday hit out at cricket icon Sachin Tendulkar for continuing to do commercials even after having been awarded Bharat Ratna, India’s highest civilian honour.

Stating that Bharat Ratna could even be misused by some people, party spokesperson K C Tyagi demanded that the honour be given only posthumously.

“It is painful to see Tendulkar acting in commercials and modelling for luxury cars,” he said, as he mentioned Tendulkar’s presence at the auto expo here for a German luxury car manufacturer.

“People should realise that Bharat Ratna is an honour which even people like Atal Bihari Vajpayee and Chaudhary Charan Singh couldn’t get. Tendulkar should understand its importance and immediately stop such endorsements,” added Tyagi.

Tyagi even said Bharat Ratna could be misused by some people even though he didn’t specifically accuse Tendulkar of having done that. “We just want to say that this award should be given posthumously to prevent its possible misuse,” he said.

This comes a day after BJP vice-president Uma Bharti said no cricketer who has taken part in the IPL auction should be considered for the Bharat Ratna award.

“Awarding Bharat Ratna to Sachin Tendulkar was a big mistake and after IPL, no cricketer should be considered for the top civilian honour,” she said, adding that she was personally not against him.

Players who were auctioned in IPL should not be considered for the top honour, Bharti said.

“How can a cricketer who has sold himself in Rs 4-5 crore in IPL auction be given Bharat Ratna?” she asked.