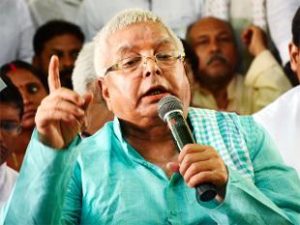 In Bihar all bets are off; outside the state heavy betting is on.

With the election commission ready to announce the schedule for Assembly polls, the two major alliances appear to be walking on shifting sands of politics, blurring the battlelines that were visible till a few weeks ago and obfuscating the outcome.

On Monday, when six major Left parties joined hands to contest 228 out of 243 seats in Bihar, it was yet another setback for Nitish Kumar in what seems to be gradually turning into a season of heartbreaks for the Chief Minister.

The Left parties aren’t a major political force in Bihar. In the 2010 polls, their total vote share was around 2.5% and they pocketed just one seat. But, just like the Samajwadi Party, which broke away past week from the grand alliance between JD(U), RJD and the Congress, the Left will nibble into the anti-NDA vote. In a close contest, the Left parties may end up achieving the exact opposite of what CPM leader Sitaram Yechury grandiloquently defined as the objective of their unity: halting Prime Minister Narendra Modi’s Ashwedha yajna.

From the discussions among poll pundits, talk in streets and the trend among bookies, it appears recent events have poured a lot of butter in the yajna fire. Though politics and poetry are unrelated, the BJP appears to be galloping ahead like what Ghalib described as a horse without anybody holding its baag (reins) or having feet in the rakaab (stirrup).

A loose, though not reliable, indicator of the direction of polls is the satta market, where bookies have suddenly started betting heavily on the NDA. In July, most of the bets were on a close contest; the bookies gave NDA and Nitish-plus around 110 each. But, the punters now seem to be favouring a clear majority for the NDA, giving it around 135 seats, JD (U) 40-42, RJD 33-35 and relegating Congress to single digits.

The slide in the JD(U) fortune is being attributed — apart from Modi’s success in hijacking the development agenda — to the very factor that was believed to revive it: Lalu Yadav. When Nitish Kumar had teamed up his former foe’s hand to block the march of his former friend, it was assumed that the vote banks of two parties will coalesce and make the alliance invincible.

But the fear of Yadav resurgence has forced a rethink among the pachpaniyas — the 55 castes that form the EBC block — of Bihar. Since the EBCs had backed the JD(U) to counter Yadav hegemony, they are evaluating other options now that their “rakshak and bhakshak (tormentors and saviours)” have become indistinguishable.

“The second corner (grand alliance) is occupied by casteist political forces led by RJD and JD(U) who exploit the sentiments of the poor to capture power,” Yechury said while explaining the Left’s decision to fight alone. He may have been echoing the sentiment of people like Manoj Kumar, an immigrant from Sasaram who drives cabs in Delhi. Kumar believes the alliance is being pulled in different directions by the voter’s love for Sushan Babu and fear of Dushashan Babu.

Within the NDA there is a inchoate rumbling of a storm. Former chief minister Jeetan Ram Manjhi, once described by his mentor Nitish Kumar as Vibhishan, is now making noises against his current political partners. Though he has spared the BJP so far, Manjhi appears to be hitting the NDA by overtly attacking its partner Ram Vilas Paswan and covertly rendezvousing with Lalu Yadav.

“I am the true leader of Mahadalits and the Paswan community,” Manjhi argued at a press conference on Monday. His claim was the culmination of an attack he had initiated just a few hours ago on Paswan for “promoting his son Chirag at the cost of others.”

Manjhi’s attack on Paswan and rumours of his liaisons with Lalu Yadav could be the result of the squabbling within the NDA for more seats. He may go on to make up with Paswan and kowtow to the BJP diktat. And, if the BJP starts believing Paswan who allegedly claimed Manjhi is on trial in the NDA, it may even chuck Manjhi out to contest on his own.

Will Manjhi’s exit help the alliance win back Mahadalit votes? The Congress thinks Manjhi isn’t a factor. “He is just a creation of the media. His party has no presence on the ground,” Congress general secretary in charge of Bihar CP Joshi argues.

Obviously, the alliance is not betting on a “paper tiger” stopping the BJP horse.