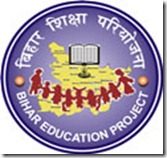 PATNA: Students from classes I to VIII in government and government-aided schools have not received funds for buying books even after two months of commencement of the new academic session. Besides, the books are unavailable in the market.

According to state education department officials, funds to the tune of Rs 285 crore, sanctioned by the state government for the purchase of books, have reached the school education council in every district.

Education minister Krishna Nandan Prasad Verma told this newspaper on Tuesday that the money for buying books will be transferred to the students’ accounts in a couple of weeks.

“The decision to transfer the amount to the students’ accounts was taken in November last year. We will again ask the officials concerned to disburse the money as soon as possible,” Verma said.

Sources claimed that the Bihar State Text Book Publishing Corporation Limited (BSTPCL) had empanelled 54 agencies to print the required books up to Class VIII. “Printing of books has started and it will take another three weeks for them to reach the market. We have also updated the list of stores from where students can buy books,” said BSTPCL’s managing director M Rama Chandrudu and added the list would be shortly handed over to school principals.

An official of the Bihar Education Project Council (BEPC), a wing of the state education department, said around 1.9 crore kids study in government and government-aided schools in Bihar.

Government schoolteacher Amit Kumar from Anisabad asked, “Where did the money go? Where are the new books? Students still have to use the old ones.”