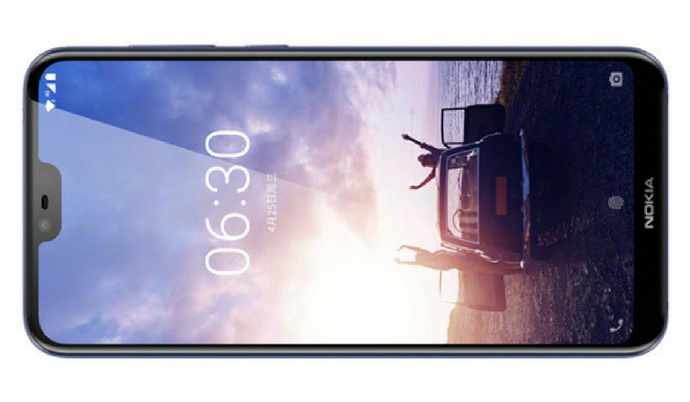 After the iPhone X, several Android smartphones have taken the plunge and incorporated the initially eye-sore notch on their devices. Among the latest to adopt the new trend is HMD Global with the Nokia X. According to a post by the company on Weibo, the device will be launched on May 16.

Earlier, leaked photos revealed the front panel with an edge-to-edge display, a feature that is getting increasingly common on smartphones being released this year. The notch incorporates the earpiece, front camera and proximity sensors.

The rear of the smartphone is made up of glass, and includes the vertical dual camera setup that is placed at the center. Below the camera setup is a circular fingerprint sensor. On the right of the device is the volume rocker and power button. The charging port is at the bottom. It’s still not clear if the device uses a microUSB or USB Type-C port.

Going by earlier reports, the device is expected to sport a 5.8-inch Full HD+ screen, offering a display resolution of 1080x2280pixels, with a 19:9 aspect ratio. The Nokia X could possibly be powered by either of two chips. Depending on the market it is sold in, it could either be powered by a MediaTek Helio P60 octa-core chip, or a Qualcomm Snapdragon 636 octa-core SoC.