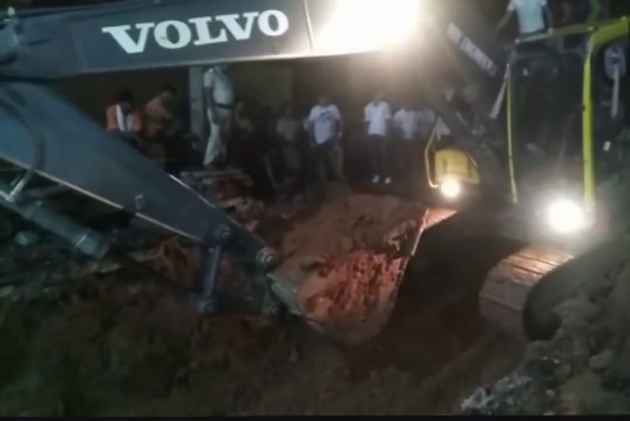 A massive rescue operation is underway to save a three-year-old girl in Bihar after she fell into an open borewell in Munger district, an official said on Wednesday.

The girl, Sanno, fell into a 110-feet deep borewell in Murgiachak area under Kotwali Police station of Munger on Tuesday afternoon. The victim was playing inside the house when she suddenly slipped into the hole which was being drilled for the unfinished borewell.

“We’ve provided her oxygen and made all arrangements for her safety. We’ve placed rods to ensure that she doesn’t fall further down. It might take another four hours to rescue her,” Kumar said.

A few months back, another three-year-old girl was rescued by the ODRAF (Orissa Disaster Rapid Action Force) team in Angul district after she fell into an uncovered borewell of the area. The victim, Radha, had accidentally fallen into a borewell pit of about 50 metres in Gulasar village of Jamunali Gram Panchayat under Handapa Police Station limits. Apparently, she fell in the open pit while playing. Soon after, fire brigade personnel and police personnel got engaged in the rescue operation and with the help of the villagers, Radha was rescued safely.