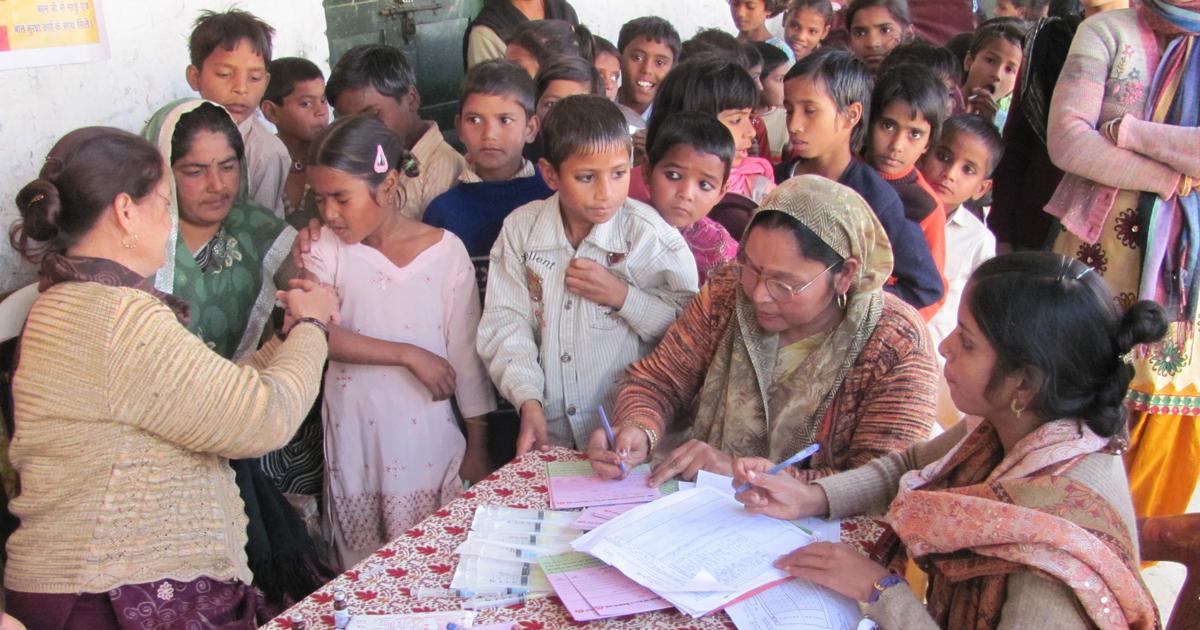 In April, Arun Shah, a pediatrician in Muzaffarpur, a town in Bihar, found an unusually high number of children infected with measles arriving at his clinic. Within a week, the number touched 17. He notified the Bihar health department, which confirmed there was a measles outbreak in the district.

Measles is a highly contagious viral disease, which, according to the World Health Organisation, remains an important cause of death among young children globally. When more than five cases of measles are reported in a place in a short span of time, it is considered an outbreak.

Over the last three months, Muzaffarpur district has recorded ten measles outbreaks, affecting about 190 children, according to the local district health authorities. Measles cases have also been reported in other districts of Bihar.

The outbreaks raise questions over the effectiveness of the state’s immunisation programme, which includes a vaccine for measles.

What is also worrisome is the state lacks supplies of vitamin A, an essential supplement to improve immunity in children. Lower vitamin A levels can increase the chances of fatal complications as a result of measles. Children upto five years of age must be given vitamin A every six months free of cost, according to the immunisation schedule prescribed by the Union health ministry.

But Bihar has not been able to procure vitamin A stocks since 2016. State officials say repeated attempts to find a supplier by raising tenders have failed since companies have not shown an interest.

When a region witnesses outbreaks of a vaccine preventable condition such as measles, it reflects poor immunisation coverage, say health experts.

The Indian government has been administering a measles vaccine as part of its immunisation programme since 1985. In 2010, the health ministry added another dose of measles vaccine in the routine immunisation schedule after studies showed that a single vaccine administered between nine and 12 months does not provide enough immunity against the virus. The first vaccine is administered between nine and 12 months of age and the second dose is given between 18 and 24 months.

According to the National Family Health Survey 4 (2015-’16), Muzaffarpur has 80% coverage for the measles vaccine. But many doctors think the numbers do not reflect the actual immunisation coverage.

“Most of the children with measles I treated had received no vaccine or were partially immunised,” said Dr Shah.“If the immunisation rates were so high, we would not be seeing these outbreaks.”

Dr Pradeep Haldar, deputy commissioner in the immunisation division of the Union health ministry, pointed out that only when immunisation coverage is more than 95%, can measles outbreaks be avoided. “It is a highly contagious disease which makes it difficult to control when there is a susceptible [non-immunised] population,” he said.

Stock out of vitamin A

While poor immunisation may have caused the outbreaks, doctors blame the severe complications seen in children infected with measles on the lack of vitamin A and high malnutrition levels. The World Health Organisation states that malnourished children with vitamin A deficiency are more likely to develop fatal measles.

“Measles infection lowers the vitamin A [levels] in the body and if the child is already suffering from vitamin A deficiency, the complications could be even severe,” said Dr Pankaj Bhatnagar, technical officer, immunisation at WHO India. “Lower vitamin A can sometimes cause irreversible damage to vision.”

Infection by the measles virus compounded by vitamin A deficiency can lead to inflammation of the conjunctiva and cornea in the eye and, in severe cases, lead to blindness.

Children less than five years of age are more likely to suffer from severe complications of measles such as diarrhoea and pneumonia. “In an optimally nourished child, measles will pass off as common cold, cough, with some redness in the eyes,” said Dr Umesh Kapil, Professor, Public Health Nutrition, All India Institute of Medical sciences, New Delhi. “But malnourished children will develop complications.”

Undernutrition levels in Bihar are among the highest in India. According to the National Family Health Survey-4 (2015-’16), half of the Bihar’s children below five years of age are stunted – they have not achieved adequate height for their age as per WHO standards. In comparison, 38% children below five are stunted in India as per the same Survey.

Stunting is caused by chronic undernutrition and undernourished children are more likely to contract infections as their immunity is compromised.

Shah said that at least half of the children who were infected with measles developed complications such as bronchial pneumonia and pneumonia requiring hospitalisation. “Fortunately, I did not lose any child,” he said, adding that the non-availability of vitamin A made it difficult to treat these children who were already malnourished.

In addition to the regular doses of vitamin A for children upto the age of five, the government is expected to administer special doses to all children who are in close contact with infected children and hence susceptible to the disease. This reduces the chances of severe complications in case they were to contract the disease. The guidelines for measles immunisation campaign issued by the Union Ministry of Health and Family Welfare includes vitamin A as a important supplement for managing cases of measles.

No supply of vitamin A

Despite the high number of cases reported since April, the government of Bihar has not administered vitamin A to children infected with measles. “What we need is vitamin A to give to children as prophylaxis (treatment to prevent a disease) but we can’t get any company to supply,” said Sinha.

The Bihar Medical Services and Infrastructure Corporation under the Department of Health and Family Welfare of Bihar is responsible for procuring medicines and supplements for the state. The managing director of the corporation, Sanjaya Kumar Singh, told Scroll.in that since 2016, it has not been able to procure vitamin A.

“We have opened four tenders so far but have not got any bids,” he said. “In the last tender, we got one bidder but we couldn’t go ahead as rules require us to have at least three bidders.”

The corporation plans to invite tenders again, he added.

Shying away from duty

Kapil said that vitamin A is essential for treatment but the government should be worried about poor immunisation rates.“Measles is best prevented with immunisation,” said Dr Kapil, adding that the recent measles outbreaks indicate the vaccine is not reaching everybody.

Government officials blamed the community for not immunising children against measles. “People still think that measles is God’s gift and don’t seek treatment,” said Haldar. “The nature of the disease is such that we will only be able to have zero cases when the entire population is covered.”

He added that immunisation is effective only if all children vulnerable to measles are covered. “Even then there is a possibility that 5% may lose immunity despite immunisation,” he said.

In 2017, the government of India estimates that around 15,000 cases of measles were reported as against 50,000 reported in the early 2000s. “Immunisation is working but we need full coverage which we are trying to achieve,” said Haldar.

Kapil suggested that the government needs to look at those pockets of poor children who are not immunised “They perhaps belonging to scheduled caste, schedule tribes and they need attention immediately,” said Kapil.