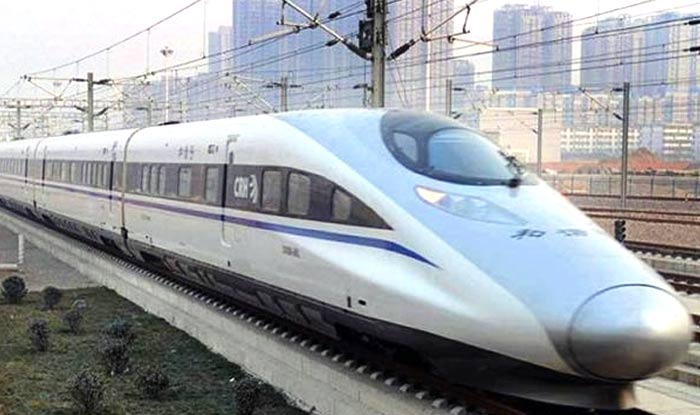 Patna, Feb 9: As work on Prime Minister Narendra Modi’s dream project – the Mumbai-Ahmedabad Bullet Train – moves ahead, Bihar Chief Minister Nitish Kumar too has visualised a similar high-speed train corridor in his home state. Nitish will embark on a 4-day visit to Japan on February 18 during which he is likely to ink a deal for a mini-bullet train project.

Apart from the ambitious project, the Bihar government is also aiming to finalise record number of deals with Japan which will bring huge investments in the state from the foreign country, reports said.

Sources added that the entire route will be underground. A high-level delegation of Bihar government will also accompany Nitish on the crucial Japan tour to finalise the roadmap for the project.

Observers believe that Nitish, who is facing relentless attacks from Lalu Prasad’s Rashtriya Janata Dal (RJD) ever since he walked out of the Grand Alliance or Mahagathbandhan last year, will use the high-speed train project as his major achievement in the next Assembly election in the state.