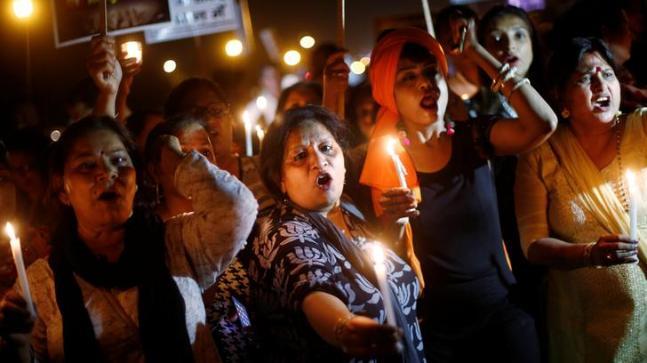 The Congress has demanded a Supreme Court monitored CBI enquiry in the Muzaffarpur and other 14 shelter homes in Bihar where shocking incidents of brutalities against girl children were reported.

Congress leader Shakti Singh Gohil alleged that the shocking details of sexual abuse, violence, mental and physical harassment of women and girls, grave exploitation of people suffering from mental illness have been found in a social audit conducted by Tata Institute of Social Sciences (TISS) across 110 such institutions in 38 districts of Bihar.

Gohil on Saturday said, “While PM Narendra Modi says Beti Bachao, Beti Padao. Women security has become the biggest social causality under BJP government. BJP-JDU ruled Bihar is in the grip of complete lawlessness as horrifying incidents have shaken the conscience of the people.”

Raising the issue of shocking incidents in girls children homes in Muzaffarpur which was funded by the state government, Congress leaders stated that medical examination of 42 girls from a government funded, NGO-run home shelter found that at least 29 of them were raped and at least three were made to undergo abortion, and another three are pregnant.

Reportedly, all of them are children aged between 7 and 14 years old.

The issue was raised in Lok Sabha by Congress MP Ranjit Ranjan along with RJD MP Jai Prakash Narayan Yadav. The MP had said that the girls said – in statements recorded before the special POCSO court – that they were tortured, starved, injected with drugs, and raped almost every night.

Ranjan said, “Most of the perpetrators can easily be identified by the victims as evident from the details of investigation. Gory details of torture, subjugation, blackmail and exploitation have been narrated by girls as young as 10 and 11.”

Gohil added that the TISS Report which mentions 15 institutions under “grave concerns” which require immediate action is not been taken seriously by the Nitish government. Gohil said, “Social audit reveals that these people are simply ‘rotting in these spaces’ in some form or the other across these institutions.”

Meanwhile, Ranjit Ranjan added, “Action has been taken only on one such home shelter in Muzaffarpur, while the outrageous crimes committed against women, children young boys and girls which are being sexually exploited and beaten in the rest of the 14 such homes have been ignored. We want a probe in these other 14 homes too.”

Congress’ Bihar incharge Gohil added that almost all institutions were found to be running in violation of the Juvenile Justice Act. According to the said report, which was released during media briefing, there are 15 institutions which require immediate action.

Congress MP from Bihar Ranjit Ranjan said, “Fearing political backlash, an apathetic Nitish Kumar government hurriedly shifted the victim girls from Muzaffarpur to Mokama, Patna and Madhubani, after which they filed an FIR. We want these girls should be shifted from Bihar because they might be pressured.”