Patna: The road to re-election for the BJP in 2019 doesn’t just lead through Uttar Pradesh but Bihar too. But five years since the party won 22 out of the state’s 40 seats in the national polls, its relationship status with the group that powered its victory – the 16 per cent Dalits – is “complicated”. The community’s disenchantment with the BJP threatens to singe allies including Chief Minister Nitish Kumar.

With less than a year to go for the next general election, there has been a tectonic shift in what Dalits feel since they broke with traditional loyalties and caste diktats and even turned their backs on their benefactor-in-chief, Janata Dal United supremo Nitish Kumar, to vote for Narendra Modi’s promise of achhe din (good times) in 2014.

“BJP is now the number one enemy of Dalits in Bihar, we will not vote for it. Our people are not against Nitish Kumar. But the JD(U) will lose out because of the anti-Dalit mind-set of its alliance partner. Every vote for Nitish-ji will help the BJP, which is no longer acceptable to us, and this is the message we are taking to every household in the state before the 2019 election. That our sympathy is with the Chief Minister, but not our vote,” Amar Azad, Bihar president of the Bhim Army told NDTV in Patna.
6r2li1q8 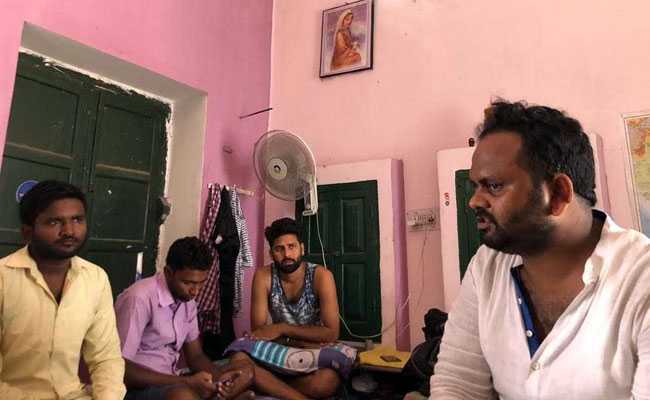 The Bhim Army, since its debut in 2014 in neighbouring Uttar Pradesh as a counter to caste atrocities, has collected a huge following among Dalit youth in Bihar.

Although its founder, lawyer Chandrashekhar Azad Ravan, remains in jail since his arrest in June 2017 under the National Security Act after a series of violent caste clashes in UP, his organisation’s influence is growing. In the May by-election to UP’s Kairana parliamentary constituency, local BJP leaders blamed the party’s defeat mainly on the mobilisation of Muslims and Dalits by the Bhim army in favour of the opposition’s candidate.

Senior JD (U) leader Shyam Rajak concedes that it is a worrying sign, given that distress among Bihar’s Scheduled Castes is at its peak.

“Attacks against the community in any part of the country are now widely shared over social media. So, no one is a spectator anymore, everyone is a victim and deeply affected when Dalit men are flogged by cow vigilantes in Una or are killed by upper caste landlords in Saharanpur,” said Mr Rajak. “But apart from the sharp increase in violence that has made Dalits here both anxious and angry, is the feeling that the BJP-led government at the Centre is trying to meddle with the Constitution.”
nmx9e73fu58 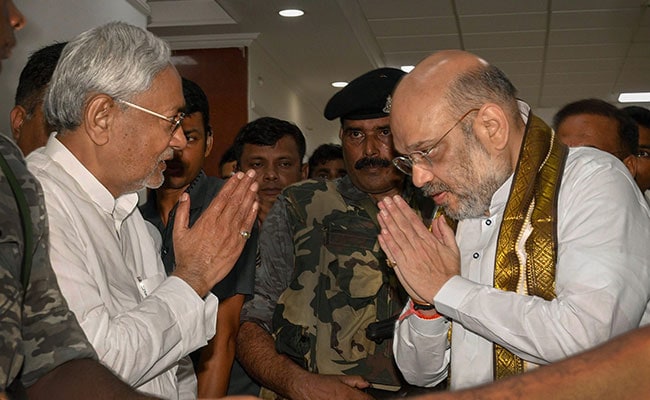 In the run-up to the 2015 Assembly elections in Bihar, RSS Chief Mohan Bhagwat had stirred a row when he publicly called for a review of the country’s reservation policies: the BJP-led NDA ended up with just 58 seats in the 243-member Bihar assembly and only seven of the 38 reserved seats.

Then on March 20, the Supreme Court announced guidelines to protect people from arbitrary and immediate arrest under the Scheduled Caste/Scheduled Tribe Act, enacted as a check against violence against Dalits.

The court’s move enraged the community, which saw it as an attempt to weaken the law crafted for its protection.

At a time when the National Crime Records Bureau showed attacks on Dalits had risen by 25 per cent in the last decade, the outrage was massive. A countrywide bandh on April 2 left nine people dead.
dalits mumbai reuters 650

On April 2, millions of Dalits protested what they believed was a dilution of the SC/ST act 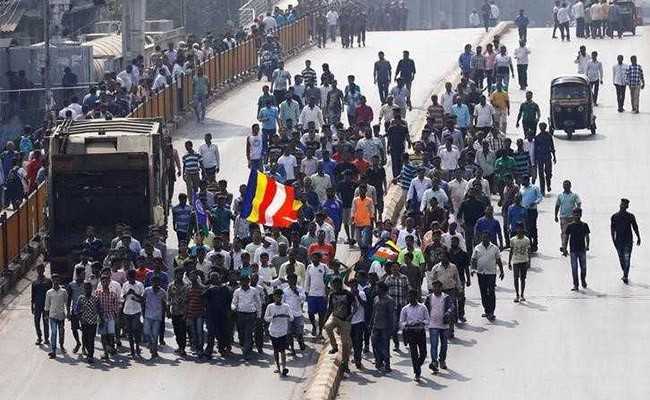 By the time the centre filed a review petition, the damage had been done. At least four Dalit MPs from the BJP insinuated that the party’s response had neither been strong nor fast enough.

The judges refused to suspend their ruling, saying their aim was not to dilute the law but to ensure that its provisions do not violate individual rights.

In Patna, Nitish Kumar’s party led a delegation of state lawmakers to the Bihar governor demanding cancellation of the order. “But four months down the line, Dalits feel Nitish Kumar was only doing dramebaazi (acting). If he really felt that injustice had been done, the Chief Minister would have withdrawn cases filed against hundreds of Dalit youth who took part in the April 2 protests. But despite our urging, the Chief Minister has done nothing, when cases are regularly taken back in far more serious crimes,” a senior JD(U) leader told NDTV.

Dalits were further enraged when one of the Supreme Court judges (Adarsh Kumar Goyal) who delivered the verdict was made chairman of the National Green Tribunal on retirement. “Why only him? Why not any other of the retiring judges? The Dalits see this post as his reward for giving the verdict the government wanted,” Amar Azad said.

Ram Vilas Paswan once again stated in Parliament last week that the Centre would bring in an ordinance if the Supreme Court delivered an adverse verdict on the review petition filed against its order. “He has spent the last four months deflecting blame from Narendra Modi’s government on to the court, claiming that the anger was not directed at the Centre, but against the judgement,” says Neelabh, a student of history NDTV met at a hostel for underprivileged scholars in Patna. “Mr Paswan’s defense of the BJP shows that he is politically compromised. So how can we trust him?” 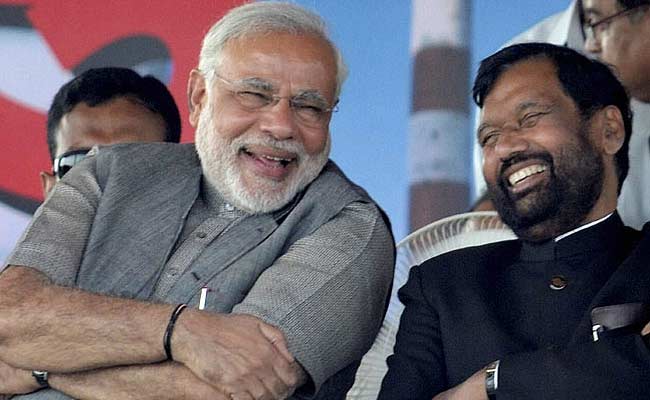 Neelabh is from Mahua, a town which falls in Mr Paswan’s constituency of Hajipur and was one of the several places affected by communal violence during the Ram Navami celebrations in April. “The geography of the riots suggests that several incidents occurred in those areas where the BJP’s allies, like the LJP and the JD(U) are likely to stake their claims for Lok Sabha seats in 2019 – both Jamui represented by Chirag Paswan and Hajipur by his father were affected.”

Mr Paswan is fully aware of these very real dangers this time round. As is Nitish Kumar. That’s why they have decided to take up Dalit issues more aggressively, either separately or together.

While Mr Paswan has upped his pitch for quota in the judiciary, Nitish Kumar has delivered some quick-fix sops to ensure that the anger building up among Dalits against the BJP does not scorch the JD(U).

The state government has offered financial grants for civil services aspirants from the scheduled caste and scheduled tribes who clear the preliminary exam, and will also give 15 kg of grain per month to every student in government hostels for the underprivileged.

But is it too little too late ?

“We believe that in his meeting with BJP president Amit Shah, Nitish Kumar raised the issue of Dalits deserting the alliance. But how will rumours of a private conversation assure the community on the ground unless the Chief Minister warns the BJP publicly,” wonder party workers tasked with Dalit outreach programmes. 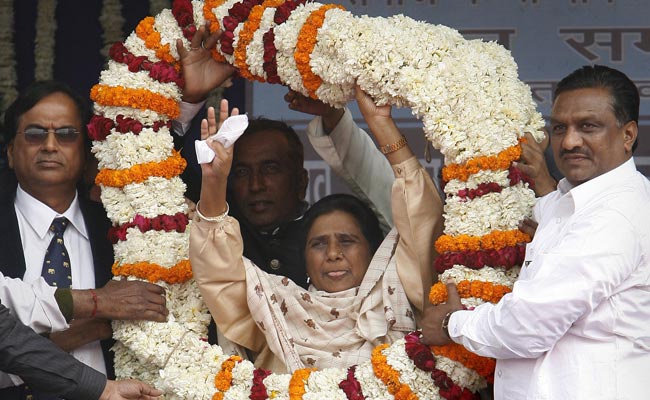 Struggling to combat this growing trust deficit, Nitish Kumar made an important political concession to Ram Vilas Paswan by reversing a decade-old policy.

Bihar has a total of 22 Scheduled Castes, of these, the Paswans, who constitute the core vote base of Ram Vilas’s LJP, make up 50 per cent.

In 2007, Nitish Kumar had created a Mahadalit category for the most marginalised Dalits. Paswan had opposed the decision from which his sub-caste, 4.5% of the state’s population, had been barred, fearing it would split the Dalit vote.

And that’s exactly what happened.

Nitish Kumar made the mahadalits the centre of his politics and began empowering them through welfare schemes run. These economic and social measures triggered a radical shift in mahadalit votes to the JD(U), leading to his landslide victories in the 2009 Parliamentary and 2010 Assembly polls.

On April 14 this year, the Chief Minister announced the inclusion of the economically and socially dominant Paswans in his mahadalit umbrella, which would make the same benefits available to them as the other scheduled castes. “This move will misfire as the numerically and politically aggressive Paswans start to corner all the benefits, it will drive the mahadalits which includes the Musahar – whose leader Jitanram has already joined the RJD camp – away from the JD(U),” a former Nitish Kumar aide told NDTV. 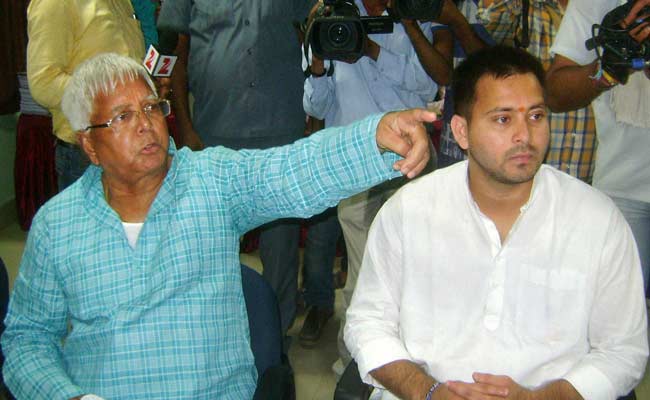 But Ashok Chowdhury, ex-Congress leader in the opposition who is now a freshly-minted Nitish acolyte, believes Dalits will continue to see the JD(U) chief as their benefactor when the only other option before them is the RJD. “Memories of Lalu Prasad’s infamous goonda-raj where Dalits were routinely abused by the Yadavs, were briefly revived during 2015-2017, when the mahagathbandhan was in power. Nitish-ji was able to exercise some control, but without him, the Dalits will have no protection,” Mr Chowdhury claimed.

The RJD-Congress camp believes that if Dalit powerhouse Mayawati agrees to come on board, it would inspire more confidence in the community than any other political calculation. “We are not averse to working out some deal with her for Bihar,” Tejaswi Yadav told NDTV.

Sensing resentment among Dalits for the BJP, the main opposition party in Bihar – Lalu Prasad Yadav’s RJD – has decided to extend full support to any Dalit agitation in the future, while coining a new slogan – “Jai Bheem, Jai Mandal, Jai Bahujan, Jai Hind”. Stressing that the time has come for backwards and Dalits to come together to take on the seemingly invincible BJP juggernaut.

Dalit anger could be an X factor as we enter the final stretch in the battle for 2019.