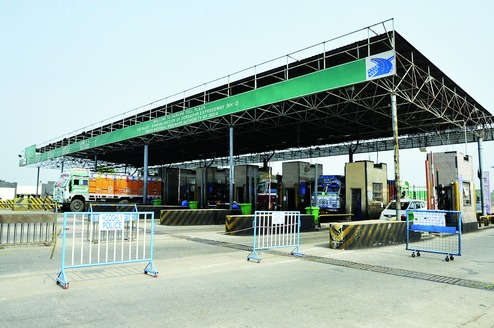 Patna: The Bihar government has decided to make all bridges in the state toll-free from the beginning of the 2018-19 financial year, a move that can give a boost to easy travel and transport.

A decision in this regard was taken at a cabinet meeting chaired by chief minister Nitish Kumar at the state secretariat on Thursday.

Altogether 24 points on the agenda were discussed and approved on the occasion.

“The cabinet approved a proposal by the road construction department (RCD) to stop toll collection on bridges that come under the state government from April 1, 2018. The move is intended to aid public welfare measures taken by the government,” a minister present at the meeting said, on condition of anonymity because the state legislature is in session.

Bihar has a total of 60 bridges on which toll is collected from vehicles crossing them and people will not have to pay any money from the next financial year.

Doing away with toll collection will cause a loss of around Rs 35 crore per annum to the state exchequer.

However, a source said the toll collected on a few bridges so far had already crossed their cost of construction.

In another decision, the cabinet gave nod to a proposal of providing foodgrain to the third gender as part of the National Food Security Act.

Similarly, cabinet sources said money had been allotted for embankment protection work along Kamla Balan river, while Rs 52 crore will be spent on flood protection work for Khagaria town.