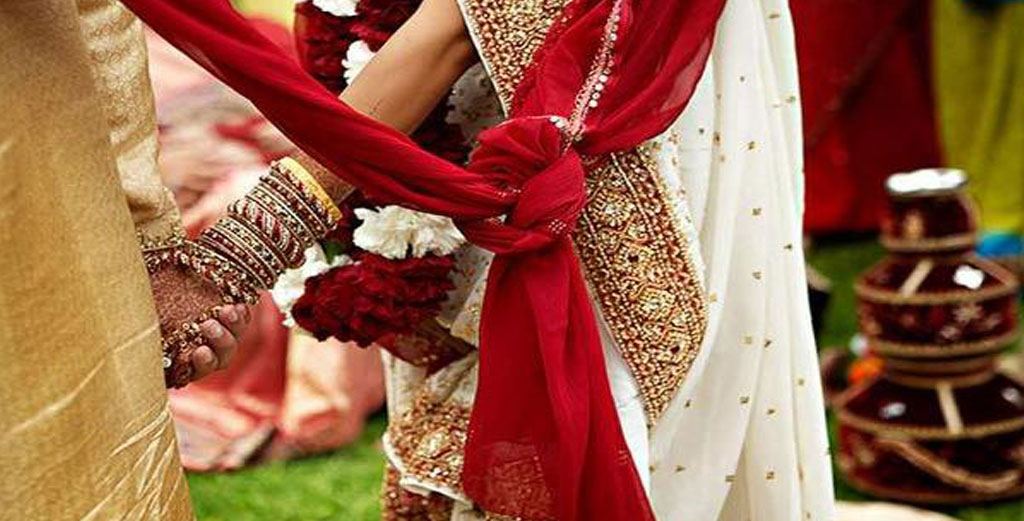 Couples, including those stuck by cupid, in Bihar are still fixated more on caste in choosing their partners and giving a big ‘ no- no’ to inter caste marriage despite the government doling out incentives up to Rs 1 lakh to those breaking the social order.

The scheme, started in 1979, is meant only for Hindus and those availing the scheme have to register their marriage legally.

Sensing the poor response to the scheme, the Nitish Kumar government in 2015 decided to enhance the amount of grant for couples going for inter-caste marriage from Rs 50000 to Rs 1 lakh.

The government hoped that those keen on entering into wedlock would shun their caste identity and go for inter-caste marriage due to the monetary incentive attached with the decision.

However, the initiative did not deliver the desired result. Records from social welfare department, which runs the scheme, show that Rs 13 crore was allocated for the grant scheme from 2015-16 to 2017-18 but only Rs 5.27 crore was spent. A sum of Rs 7.73 crore had to be surrendered as the money could not be utilised due to lack of beneficiaries.

Invariably, the low rate of inter-caste marriage in the state is indicative of how the society at large transcending economic status of people is still protective of its caste identity and does not allow its children to break the caste barrier in choosing life partners.

Social scientists do agree that inter-caste marriage in the state is still considered a social taboo though it is not as intense as in states like Harayana and UP where honour killings have been on the rise in recent years due to young boys and girls choosing to marry outside their caste.

“In Bihar, people either have a caste identity or a national identity with sub- nationalism still low. Besides, the state has not witnessed urbanization and urbanity as states like Maharashtra or other developed states. Inter caste marriage is a by-product of urbanisation and modernization. These are factors why people even young ones prefer to marry within their caste,” said Gupta.

The argument of modernisation working as a catalyst to inter caste marriages hold true as one notices in the government records that Bihar’s major cities have witnessed more inter-caste marriage than those cities considered underdeveloped with a rural background.

Social welfare officials, however, feel the number of inter-caste marriage in the state could be higher as many marriages breaking the caste barrier are not reported as couples do not come forward to avail the grant scheme. Fear of social ostracisation is one factor that restraints couples going for inter-caste marriage to take monetary assistance from the government.

“It is true that the grant scheme for inter caste marriage is not widely publicised, which is a reason why there is a low number of beneficiaries. However, many such marriages go unreported as couples do not want to take the monetary benefits for various reasons. Of course, we need to publicise the grant scheme more vigorously,” said principal secretary, social welfare department, Atul Prasad.

Officials feel the four decade long grant scheme for inter-caste marriage in Bihar needs a fillip in terms of publicity and social awareness like it happened in early seventies when the central government had promoted the idea as a step to break the caste system in the country. “While the Nitish Kumar government is focusing on eradicating child marriage and dowry, it should also promote inter-caste marriage so that caste system could be broken,” said Manish Kumar, an economist based in Patna.