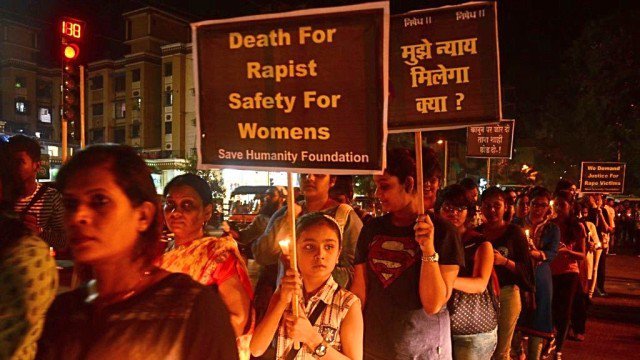 Age and poor health did not deter members of Bihar Women’s Network from undertaking a 72-hour-long fast at Patna’s Gandhi Maidan after the rapes of Kathua and Unnao, for the cause of women’s safety

They are as old as the mother and grandmother of the gangrape victims of Kathua and Unnao––and many others who fell prey to the beastly act of barbarians. Yet age and poor health did not deter members of Bihar Women’s Network from undertaking a 72-hour-long fast under the shadow of the huge statue of the Father of the Nation at Patna’s Gandhi Maidan. Some male social activists also took part, but their main duty was to make the arrangements and provide security at the venue.

Remaining without food and water––and even medicine in some cases as the women who sat on fast were quite elderly––for 72 hours in 40-plus degree temperature was not an insignificant sacrifice. Mosquito-bites made the whole exercise more challenging. Besides those who undertook the challenging 72-hour fast, some sat on 24-hour relay fast.

Yet, this determined protest received very little media coverage. Initially, the Bihar media virtually blacked out this news. It was only after a national English daily, which does not have an edition in Patna, carried the news that local newspapers and regional TV channels gave some coverage to it.

It is not that Bihar media does not cover the story of rapes and murders. There is another, simple reason why they grossly underplayed this event, despite the fact that the fast attracted attention of a large number of people from all walks of life––social activists, youth, morning walkers and politicians cutting across the party lines–– barring one exception. None from the Bharatiya Janata Party––except Patna Mayor Sushma Sahu––came to Gandhi Maidan.

Even the general secretary of Janata Dal (United), an alliance partner of the saffron party, Shyam Razak, arrived at the venue a few minutes before the activists broke their fast on April 20. According to Rupesh, one of the organisers, Razak had even written a letter to chief minister Nitish Kumar in this regard. An organiser said on the condition of anonymity that some BJP people did turn up, possibly they were party workers. But instead of encouraging the fasting women and men, they questioned the need to undertake this exercise. It is understandable if none from the BJP turned up to Gandhi Maidan to express solidarity towards the cause of hapless victims. But what prevented the mainstream media from doing so, asked Rupesh.

Perhaps they underplayed the news because one of the accused of the alleged gangrape in Unnao is a BJP MLA, and two BJP ministers in the Jammu and Kashmir government had to resign after participating in a Hindu Ekta Manch protest in support of the accused in the brutal gangrape of a minor in Kathua.

The CPI-(ML) MLA Mehboob Ali, while speaking on the occasion, questioned the silence of Nitish Kumar over Kathua and Unnao incidents.

Those who gathered at Gandhi Maidan included the father of a minor girl, who was kidnapped from a village in Rohtas district on March 6 last. She was raped and her mutilated body was recovered on March 8––International Women’s Day. Yet no one has been arrested.

The mother of a victim raped 18 years ago at Sikandarpur village in Daniyawan block of Patna district was also supposed to join the fast, but she could not turn up as she fell ill. Her daughter was raped when she was 14. Now she is 32 and married with three children. She is yet to get justice.