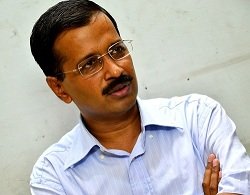 Delhi Chief Minister Arvind Kejriwal on Thursday thanked his Bihar counterpart Nitish Kumar for supporting his anti-corruption efforts by sending five police personnel to city’s ACB, while expressing hope that the Central Government too will support these efforts.

In a series of posts on Twitter, Mr. Kejriwal wrote: “We are grateful to Nitish Kumar ji for supporting Delhi Govt’s anti—corruption efforts. We are also in touch wid some other state govts [sic].”

He also said his government has sought officers from Delhi Police for anti-corruption work. — PTI