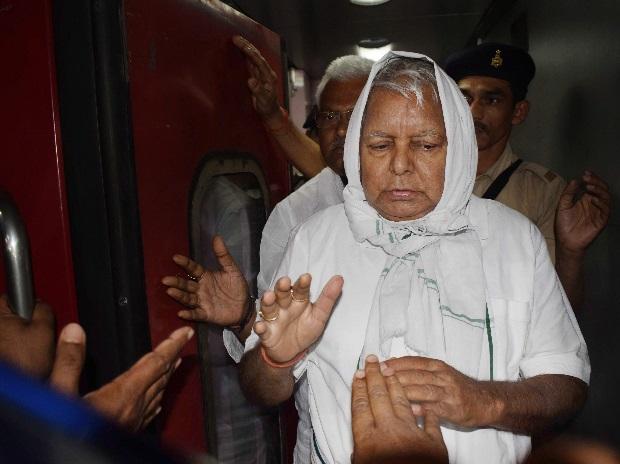 Last week, Rashtriya Janata Dal (RJD) leader Lalu Prasad was admitted to New Delhi’s All India Institute of Medical Sciences (AIIMS). Now, Raghuvansh Prasad Singh, his comrade in arms and the most trusted lieutenant, has also landed in Delhi with the agenda of not only restoring Bihar’s ‘grand alliance’, but expanding it.

In the past month, Singh has spoken frequently about two important Bharatiya Janata Party (BJP) allies in Bihar – Ram Vilas Paswan and Upendra Kushwaha – being on the brink of exiting the BJP-led National Democratic Alliance (NDA). Paswan has been more vocal in denying Singh’s claims, but he has also increasingly turned critical of the BJP.

According to sources close to Singh, the former Union rural development minister in the first term of the United Progressive Alliance (UPA) government, is of the view that even Bihar Chief Minister Nitish Kumar would part ways with the BJP as the 2019 Lok Sabha elections draw nearer.

There has been some speculation that Kushwaha, Paswan and Nitish Kumar might unite to fight the Lok Sabha elections as the third force in Bihar politics, with the RJD-Congress being the first pole and BJP the second.

But sources close to Singh believe the possibility of a rapprochement was possible between Lalu Prasad and Nitish Kumar. It is of some concern to Kumar that his Janata Dal (United) has as many as two dozen Yadav legislators.

After Prasad was admitted to AIIMS, Kushwaha called on him, leading to the speculation that his departure from NDA could be sooner than what many expected. Mahadalit leader Hindustani Awam Morcha’s Jitan Ram Manjhi had recently parted ways with the NDA to join the RJD-Congress alliance.

The RJD had won four, Congress 2 and Nationalist Congress Party 1 seat. The RJD-Congress-NCP had a pre-poll alliance. The JD(U), which had an alliance with the Communist Party of India, won two seats.

The formula for 2019, sources said, needed to be worked out if non-BJP parties were to get together. Kushwaha is keen that he gets to contest the three seats his party won in 2014, but Jahanabad MP Arun Kumar has already parted ways with him.

Similarly, Paswan would expect to get to contest at least the six seats his party won in 2014, and Manjhi would expect a seat. While the Congress and NCP would settle for the seats they have in hand, an honourable alliance could be worked out between RJD and Nitish Kumar’s JD (U).

RJD’s senior leadership believes Kumar would be unable to continue with the BJP for too long. It is also of the view that mutual survival should make Lalu Prasad and Nitish Kumar forget the recent bad blood between them. According to sources, Lalu Prasad and Singh are convinced that all ‘secular’ parties of Bihar need to get together to defeat the BJP in the state.