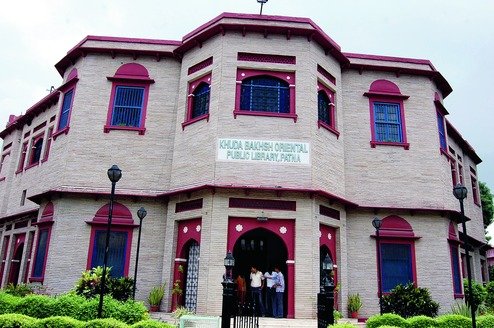 The audit report of the Comptroller and Auditor General of India in 2015-16 reveals serious financial and administrative discrepancies in its functioning. The report states overstatement of lakhs of rupees, lack of internal audit system and office procedure manual. Apart from this, the key posts of administrative officer and library information officer have been lying vacant since 2013 and 2011, respectively.

“The library is not to read books only but it is also a place of vibrant intellectual activity and culture in which distinguished scholars, writers, philosophers and other dignitaries could speak. The lack of it prevents the enlightenment of our younger generation,” said Dr Imtiaz Ahmed, the former director of the library.

The report also states that unutilised funds are neither utilised nor returned in time. The governing board meeting is not held in time, which is prescribed to be held in six months under the Khuda Bakhsh Library Act, 1969.

The serious financial indiscipline is intriguing, the library administration incurred expenditure of over Rs 1 lakh on seminars in 2015-16. However, a source in the library said: “Apart from the celebration on Khuda Bakhsh day, no educational seminars are held.”

The Telegraph tried to reach Patna divisional commissioner Anand Kishor but he did not respond.

“We lack basic facilities in the library premises like availability of clean drinking water and sanitation, while the government provides huge grants to the institution,” said Kamal, a reader.

“I feel very sad knowing about its present condition. The real problem lies with the Union ministry of culture. Acknowledging its intellectual value, the concerned ministry should have been taken more interest in it,” said Imtiaz. “However, lack of a chief is an issue but the routine matters like educational activities, water and sanitation should be taken care of by the people working there.”