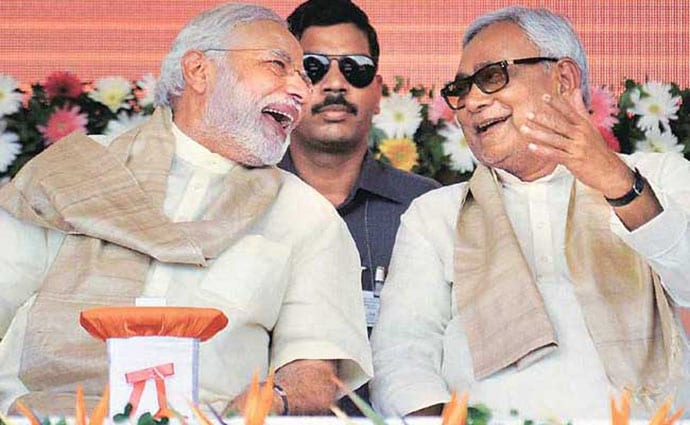 From 2005 to 2015, Bihar has witnessed four Assembly and two Lok Sabha polls. And barring the deviation seen in the 2014 Lok Sabha — when the Modi wave swept Bihar and also the country — the one common denominator for electoral success in the state has been chief minister Nitish Kumar.

In five of those six elections, the winner had Nitish as his alliance partner, invariably. In fact, the 2015 Assembly polls can be considered a benchmark. It was held only a year after the 2014 Lok Sabha polls but without Nitish by its side, the BJP’s Assembly tally in Bihar plunged to 52 from the 91 that the saffron party had bagged in alliance with Nitish Kumar in the 2010 Assembly polls.

A corresponding vote explosion was witnessed in favour of the RJD. Lalu Prasad’s party just had 22 MLAs after the 2010 Assembly polls. Its tally shot up to 80 Assembly seats in the 2015 polls when it contested in alliance with the JD(U). No wonder, with the Lok Sabha polls less than a year away, the BJP in Bihar is quickly working out a plan, the core of which is a strategy to combine and foreground the achievements of Narendra Modi and Nitish Kumar governments. Of the 40 Lok Sabha seats in Bihar, the NDA currently has 33 seats, a tally that includes two JD-U MPs. As Bihar holds crucial electoral significance, the NDA wants to put its best foot forward.

On Monday, when BJP state in-charge and national general secretary Bhupender Yadav addressed a meeting of the party office-bearers as well as those of different morchas (wings), his message to them was loud and clear: he elaborated the achievements of PM Narendra Modi and CM Nitish Kumar and urged saffron leaders and workers to put it across.

Insiders in the BJP concede that the Lok Sabha polls in 2019 will be much different from the one they witnessed in 2014 when Narendra Modi was riding on the wave of goodwill and expectation. While the Modi wave is clearly absent this time, the challenge is bigger since unlike 2014 — when Nitish, Lalu and BJP had contested separately and against each other, leading to a vote split— 2019 will largely be a bipolar contest in Bihar. 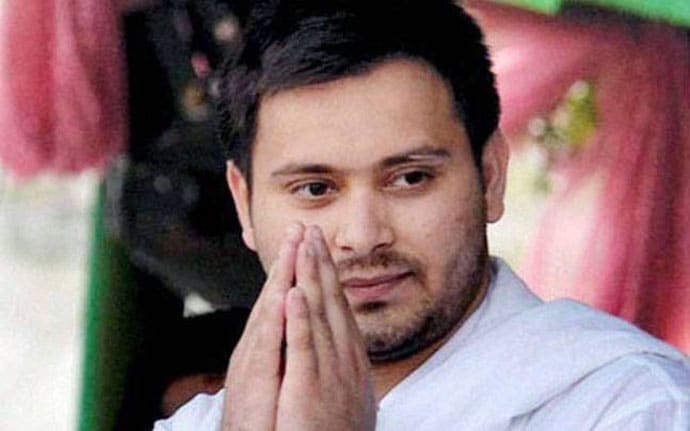 “With a resurgent RJD under Tejashwi Yadav combined with the natural anti-incumbency, it will be much tougher this time,” said a senior BJP leader.

In this backdrop, BJP leaders believe that Nitish Kumar can emerge as the X factor that may ultimately tilt the balance in favour of NDA. Bihar deputy CM Sushil Modi has recently accepted that the NDA will seek votes in Bihar in Narendra Modi’s name and in the name of Kumar’s works. “Nitish Kumar is the face in Bihar while Narendra Modi is the prime ministerial face in the country,” he said.

Nitish Kumar also understands the challenges. If Lalu Prasad’s solid support base of the Yadavs, the single largest cast group with 14 per cent of the population, does not seem much of a concern for Nitish, it is largely because the Bihar CM has the strength of the Extremely Backward Castes (EBC) behind him.

The EBC is a group of several castes that together constitute about 30 per cent of Bihar’s voters. Before Nitish burst onto Bihar’s political landscape in 2005, the panchayats in the state were known as a fiefdom of the upper castes and dominant backward castes. The Nitish Kumar-led government changed the political calculus of it by reserving 20 per cent panchayat seats for the EBC. The move allowed the EBCs to become the centre of power at the panchayat level for the first time. No wonder, the group, cutting across castes, has always voted en bloc for Nitish, leading to his landslide victories in 2009 Lok Sabha and 2010 and 2015 Vidhan Sabha polls.

The only deviation was the 2014 Lok Sabha polls, in which the EBCs voted for BJP ostensibly to make an “ati-pichhada” PM. The group, however, returned to Nitish in the 2015 Assembly polls. Nitish Kumar’s strategy of giving political space to the erstwhile marginalised groups, like EBC and Mahadalits, has yielded him dividends.

Now almost a year into his new government, Nitish looks almost relaxed in BJP’s company, firmly in control of his administration and devising new social strategies to expand his base until the 2019 Lok Sabha elections, when his great gambit of jettisoning Lalu and the Congress will be put to test.