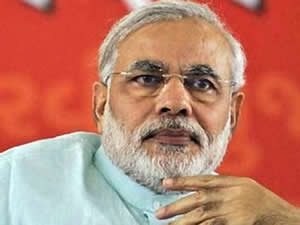 “Silence is a sign of his consent. Whatever is happening has his (PM’s) consent. He was repeatedly saying there is no scam even as one year of his government has passed. Now it has come to the fore and even new chapters are being added in it every day,” Bihar Chief Minister Nitish Kumar told reporters in Patna.

Congress leader Ghulam Nabi Azad, who is the Leader of Opposition in Rajya Sabha, said,”it is high time that the Prime Minister acts. We would like the PM to act. Why has he gone into hiding? Where is he? Why is there a sheepish silence on part of the Prime Minister when it comes to his party?”

“Everyone knows that External Affairs Minister Sushma Swaraj has faltered. The entire world by now knows that the Chief Minister of Rajasthan and her son are neck deep in corruption,” Azad said.

He also contrasted the “silence” of the Prime Minister with his earlier “roaring” against corruption.

Stepping up the attack, Congress spokesperson Tom Vadakkan said, “The Prime Minister must answer whether the Chief Minister acted the way she did with his consent. Whether the External Affairs Minister did what she did with his consent? Are there other people involved, the Prime Minister must come clean. He must come out of his political Vipassana (a meditation form requiring complete silence).”

Targetting Modi over the controversy involving Raje as well as Swaraj, Rajasthan PCC chief Sachin Pilot said, “there is absolute silence by the Prime Minister on the goings on. He is playing with the trust of the people of India”.

CPI MP D Raja said the Prime Minister should also break his “studied” silence on the issue as the episode involving the two BJP leaders help to the tainted former IPL Commissioner has exposed the claims of BJP that it gave scam-free governance in the last one year.