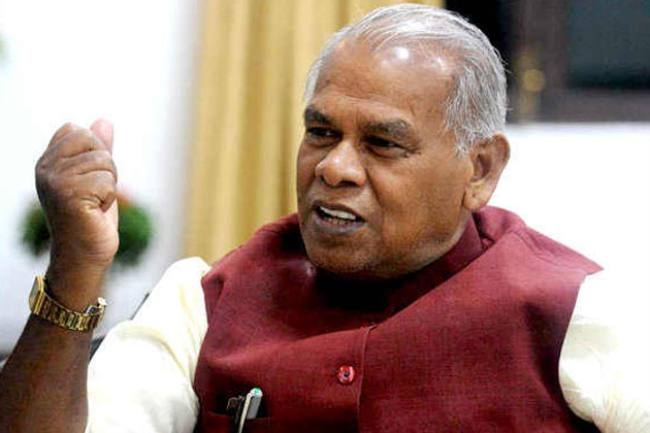 “The ultimatum given by Chirag to BJP to bring an ordinance in Parliament against the ‘dilution’ of SC/ST (Prevention of Atrocities) Act before the end of the monsoon session and remove the new National Green Tribunal (NGT) chief is mere muscle-flexing by LJP to put pressure for more seats to contest in Bihar in the upcoming Lok Sabha elections,” Manjhi said.

Manjhi also targeted Union minister and LJP president Ram Vilas Paswan and said he had done nothing for the Dalits. On a question of the possibility of Paswan joining the grand alliance (GA) of RJD, Congress and HAM(S) , Manjhi said senior leaders of all the constituents of the alliance would take a call on it. “It is my personal view that he should not be allowed in the alliance because rather than strengthening, LJP will weaken GA,” he said.

Manjhi also released a booklet titled ‘Ek Saal, Bura Haal: Report Card 2018’ on one year of CM Nitish-led NDA government in Bihar and counted the downfalls and law and order situation in the state. “Only criminals flourished during this period while Nitish routinely held review meetings and issued plenty of orders. But the criminals are ‘out of control’. Hundreds of murders in one year shattered the claims of rule of law and the increasing cases of crime sullied the image of Bihar not only in the country but also abroad. Now people get scared of Bihar,” he said.

Coining Muzaffarpur shelter home as a ‘slaughter house’, Manjhi said the government has turned a blind eye against the rape of minor girls while the criminals are walking free. He also raised the issue of irregularities in declaration of Bihar Elementary Teacher Eligibility Test results of 2011, flood and drought situation, farmers’ woes, prohibition, education system and fraud in toilet construction scheme in the state.