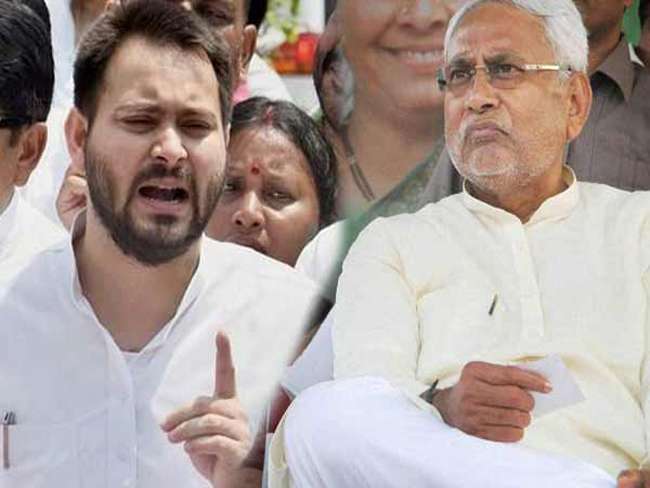 Patna: Tejashwi Prasad Yadav on Monday slammed Nitish Kumar over the deaths at Aasra in Patna, alleging that the chief minister has forgotten his “rajdharma” for the sake of power.

The RJD leader also alleged an organised flesh trade flourished from Aasra, the shelter home for women with mental disabilities, as a neighbour had claimed luxury cars would make rounds near it at night.

“Most shelter homes in Bihar remain a den of sexual exploitation in spite of the TISS (Tata Institute of Social Sciences) report five months ago. After Muzaffarpur, Madhubani, Chhapra, two women have died at Aasra in Patna, and still he (Nitish) is silent. The question is what are you doing? Are you ashamed of giving in your resignation?” Tejashwi wrote on his Twitter handle on Monday afternoon.

The deaths at the Aasra shelter home have come on the heels of the sexual abuse cases in Muzaffarpur.

Tejashwi kept up his attack on the chief minister on the microblogging site. He wrote: “Two women have died in mysterious conditions at Aasra Grih, situated a few minutes away from the chief minister’s official residence, under the chief minister’s nose. Police did not have any clue, and one of the bodies was cremated too. Nitish ji, have you forgotten rajdharma for the sake of power. Isn’t your conscience ( antaratma) bothering you?”

The Aasra shelter home runs from a three-storeyed rented building in the Rajiv Nagar area, 4km away.

The JDU took a dig at Tejashwi for his attacks on the chief minister.