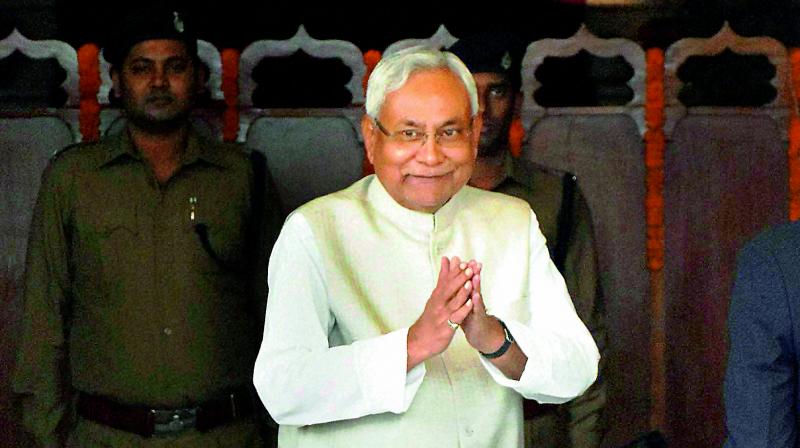 Kumar said this at Bagaha in West Champaran district, where he was attending a function organised by the members of the “Tharu” tribe.

“After the 2021 Census, the quota for SCs and STs may be hiked, in keeping with the rise in their population. This would provide greater opportunities to these groups,” the JD(U) chief said.

While Kumar’s remark drew praise from the leaders of his party and was backed by the JD(U)’s coalition partner BJP, the opposition RJD-Congress combine dismissed it as a political gimmick and challenged the chief minister to speak out in favour of making the data of the caste-based census public.

“During my tours of the state, I often face people from the depressed classes, who say that the existing quota is not sufficient. I can only say that a hike in it is not in the state government’s hands, though the next census may pave the way for the same,” Kumar said.

Reacting to the chief minister’s statement, RJD spokesman Mrityunjay Tiwari alleged that Kumar was “playing a trick” to win back the Dalits, whom he had “angered by siding with the BJP”.

“If he (Kumar) is really serious about the SCs and STs, why does he not put pressure on the BJP, which is his ally and also in power at the Centre, to make public the report of the caste-based census, a demand that RJD supremo Lalu Prasad has been raising for long,” he said.

Dismissing the opposition’s criticisms, JD(U) spokesman and MLC Neeraj Kumar said, “The opposition is frustrated over its inability to woo the Dalits, who stand strongly behind Nitish Kumar. The number of schemes our government has been running for the SCs and STs does not have a parallel.”