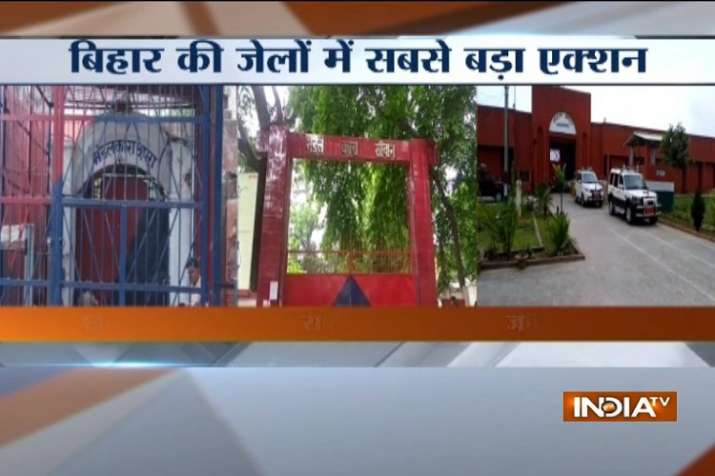 However, officials denied there being any specific input behind such a large-scale action. Huge amount of prohibited items such as mobile phones, knives and drugs are said to have been seized during the raids which were conducted under the supervision of respective DMs and SPs.

Bihar has 59 jails out of which eight are Central prisons. According to data available, Bihar jails have inmates four times their capacity.

Meanwhile, Leader of Opposition in the Bihar Assembly Tejashwi Yadav raised questions over the the raids and said that the action was state government’s ploy to divert attention from real issues.

Addressing a press conference in New Delhi, Tejashwi Yadav said Nitish Kumar has failed on all fronts while demanding his resignation.

“Nitishji must resign on moral grounds as he’s unable to run the state. He’s the most coward CM who isn’t fighting for justice for our daughters, but shielding those who committed crime.He must resign from state Home Ministry as well,” Tejashwi Yadav said.

Tejashwi’s Rashtriya Janata Dal (RJD) has been targeting the Nitish Kumar government for the deteriorating law and order situation in the state. The Nitish government is facing the heat over Muzaffarpur shelter home case in which about 30 girls were raped and tortured. The case has been handed over to the Central Bureau of Investigation (CBI).