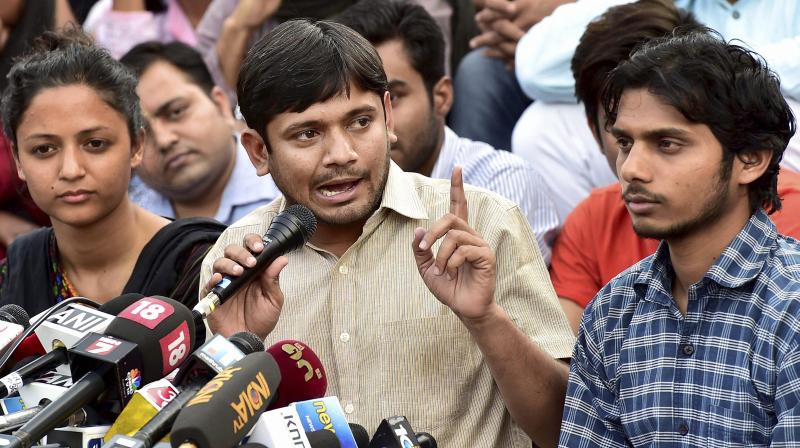 Two student activists who shot into prominence during the 2016 agitation in the Jawaharlal Nehru University (JNU), Kanhaiya Kumar and Shehla Rashid, have indicated that they may contest the Lok Sabha elections in 2019.

Kanhaiya and Shehla, who strongly oppose the National Democratic Alliance (NDA) government’s policies, say they are working on forging a larger united front of social and political groups as well as “liberal, progressive forces” against the Bharatiya Janata Party (BJP) in the run-up to 2019, and refer to Gujarat Dalit youth leader Jignesh Mewani’s victory in the Gujarat Assembly elections last year as a landmark.

Kanhaiya said in an interview to HT he would “never rule it (contesting election) out”.

“If there is an alliance of the Rashtriya Janata Dal (RJD), Congress and Left in Bihar, and they ask me to become a common candidate and collect money for my election, I can be a candidate,” Kumar said.

“I believe in organised politics. If I contest any election, it will be through a mainstream party. This is very clear. I don’t believe in individual charisma or all that,” he said.

Kanhaiya, who was the JNU Students’ Union president as a representative of the Communist Party of India-affiliated All India Students’ Federation (AISF), is understood to be considering contesting from his home district Begusarai in Bihar.

Shehla, a former vice-president of JNU Students’ Union as a representative of the CPI-ML-affiliated All India Students’ Association , said she has held elected office before and was “not averse” to contesting elections.

“If in the natural course of things, there arises a situation where I could contest from a constituency, I would,” Shehla, who is pursuing a PhD in the university, said.

Shehla, who hails from Srinagar, said she hadn’t picked “any party or constituency yet”, but a person familiar with the development said she was potentially looking at a seat in western UP.

“If Opposition parties now feel that the Constitution is in danger, then we have a role in highlighting that fact. I’m not in it because it’s easy, but because it’s important,” Shehla said.