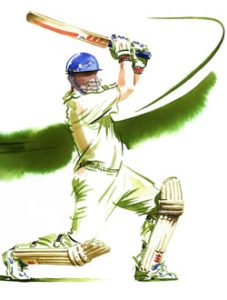 NEW DELHI: The Sourav Ganguly-led technical committee of the BCCI expressed its reservations with the Committee of Administrators’ (CoA) recommendation to reinstate Bihar in next year’s Ranji Trophy.

The recommendation was placed by GM (Cricket Operations) Saba Karim during the meeting in Kolkata on Monday.

According to a senior BCCI official present in the meeting, after Karim placed the suggestion about Bihar’s inclusion in first-class cricket, the committee unanimously felt that a proper process should be followed in this regard.

“Saba came armed with a letter from the CoA which had suggestions that technical committee okays Bihar’s inclusion in Ranji Trophy. He said that as per Supreme Court’s directive, we cannot deny Bihar from playing Ranji Trophy,” the official told PTI on the condition of anonymity.

“However another key member then asked Saba that what’s the guarantee that if we allow Bihar to play Ranji Trophy, Nagaland, Manipur and Meghalaya won’t move court. As of now, the new constitution incorporating Lodha Reforms has not been adopted by the BCCI. So Bihar is still an associate member like NE states,” the official informed.

The northeastern states played the BCCI U-19 tournaments last season as the Board wants to gradually integrate them into the system without directly exposing them to the rigours of Ranji Trophy.

“Each and every associate members need to come through the ranks and Saba was clearly told that technical committee does not think that any exception should be made with regards to Bihar. They will have to play junior cricket U-16, U-19 and U-22 and then slowly make a comeback to Ranji Trophy,” the official said.

Karim tried to convince the committee by stating that Bihar’s case is slightly different from the northeastern states, where cricket is not a primary sport and lacks infrastructure.

The technical committee offered Karim two options — either directly allow Bihar to play Ranji Trophy as per CoA’s diktat and expect legal ramifications from other states or follow the process of getting them through junior cricket.

“It’s up to CoA to decide which option is feasible for them. The committee has told Saba what they feel,” another senior official, who was also present in the meeting, said.

“Look, Bihar has tremendous cricketing talent and it’s not like NE states where they are still learning the ropes. Bihar has produced Test cricketers from the time of Ramesh Saxena. But please understand if we allow only Bihar in isolation then Manipur and Nagaland will move court. It will only dilute the robust first-class structure that we have,” said the member.

Interestingly, Karim, and the legendary Mahendra Singh Dhoni, made their Ranji Trophy debuts for Bihar before the association was suspended in 2004.

Bihar also suffered due to various factions claiming that their association is the recognised one.

There is BCA and Cricket Association of Bihar (also known as CAB) run by Aditya Verma, the petitioner in the 2013 spot-fixing scandal.

The BCCI, on numerous occasions, has told the feuding factions to come together and give one single representation but to no avail.