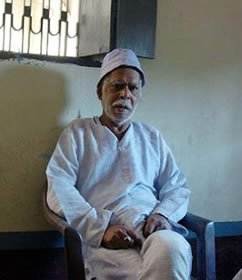 Many know him due to his sheer dedication towards the subject but nobody knows about his whereabouts. The inspirational teacher is lost in solitude and paucity today.

The 70-year-old man, suffering from schizophrenia, has worked for NASA once, yet he returned to India so that he could offer his services in the home country.

Born in Bihar, the genius brain studied like any other kid in an average school under Bihar Board yet later on got admission in the prestigious Science College of Patna and then finally went to the University of California, Berkeley.

It was there that he chose Maths as his main subject and then did MSc in the same. After doing his PhD also from Californian University, Vashisht worked his way to NASA (National Aeronautics and Space Administration) where he worked for around 3 years but to everybody’s amazement, he returned to India, only to join as a lecturer in the reputed IIT’s.

Such was his dedication and willingness to serve the Indian academia, that for 5 years he continued to remain associated with some of the top names of the education industry like IIT Kanpur, Tata Institute of Fundamental Research (TIFR), Bombay and Indian Statistical Institute (ISI), Kolkata however, after sometime he got caught in the grip of a mental ailment – Schizophrenia and underwent treatment in Ranchi for a while.

There on, nothing returned to the genius fallen to illness – neither his wife whom he married 2 years after returning to India, nor his glory.

Darkness guzzled him and he got lost somewhere. In 1988, under the effect of his mental illness he ran away from his home without informing anyone.

It was after 4 years that he was found in a dilapidated state in Siwan area of Bihar in 1992. Since then he is living in anonymity. He has never been recognized by the Government for his appreciable work. It’s time he should get his due recognition, atleast through respect and remembrance.