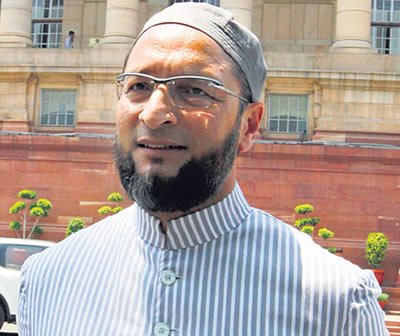 Long before Mukhtar Abbas Naqvi, there was Sikandar Bakht. For almost two decades, the silver-haired Bakht was the ‘Muslim face’ of the BJP, it’s defence to the charge of being a ‘Hindus only’ party. When AB Vajpayee became prime minister for the first time in 1996, Bakht was made urban development minister. The relatively lightweight portfolio left him unhappy. “I know you will ask whether my seniority has not been respected because I am a Muslim,” he replied with a flash of anger when I went to interview him. A week later, he was given the additional portfolio of external affairs. The government lasted only 13 days but Bakht’s reaction seemed to typify the Muslim predicament in the BJP.

A few weeks ago, Naqvi too had his moment in the sun.  I asked the minority affairs minister at a media conclave about the beef ban and its impact on minority groups. Normally an affable soul, Naqvi lost his temper: “Those who cannot live without beef should go to Pakistan, the cow is holy for us.” Pitted against Naqvi was the sharp face of new Muslim politics, Asaduddin Owaisi, who leapt into the debate and asked if Naqvi was asking Catholics in BJP-ruled Goa to go to Pakistan. I helpfully reminded the minister of communities in the North-East who ate beef. Pushed on the defensive, Naqvi resorted to filibustering even as the partisan audience cheered his “Go to Pakistan” remarks.

Perhaps, Naqvi, like Bakht all those years ago, feels a desperate urge to prove his ‘loyalty’ to his party cadres who might view a Muslim leader with suspicion. Being a Muslim in a Hindutva party can be lonely. Only three Muslims have won Lok Sabha elections on a BJP ticket: Naqvi, Shahnawaz Hussain (twice), and Arif Beg (Bakht won in 1977 on a Janata Party symbol). When Narendra Modi was Gujarat chief minister for 13 years, not a single Muslim was given a Vidhan Sabha ticket.

It isn’t just a BJP problem though: Being a Muslim leader isn’t easy in contemporary politics. The 16th Lok Sabha has the lowest number of Muslim MPs in parliamentary history, just 22. There isn’t a single Muslim MP from Uttar Pradesh while Bihar with a sizeable Muslim population has thrown up just four. Clearly, a growing Hindu majoritarian consciousness, especially in the Hindi heartland and western India, has meant that the ‘winnability’ quotient of a Muslim candidate has reduced.

Stepping into the political vacuum has been an Owaisi-like figure, someone who now claims to be a flagbearer of his community’s identity in politics. Owaisi’s party, AIMIM, has its roots in the turbulent and, at times, overtly communal walled city politics of post-Nizam Hyderabad, but he is now seeking to spread his net further, from Maharashtra to UP,  by feeding on a growing sense of fear and anxiety among Muslim youth in particular. With his oratorical skills — he is a bar at law from London — Owaisi is seen to represent a Muslim identity which is aspirational but rooted in religious beliefs.

In a sense, the rise of Owaisi is an indictment of the so-called national parties who claim to represent Muslim interests under the guise of secularism. Each of these parties stands accused of promoting vote bank politics while seemingly bringing little real benefit to the minorities. The Sachar committee report has graphically brought out how the social and economic conditions of Muslims have remained well behind their counterparts.

At a recent meeting at Aligarh Muslim University, a young student told me: “Why should we vote for the Samajwadi Party which could not protect us in Muzaffarnagar, or a Congress which allowed Muslim youth to be falsely accused as terrorists when they were in power in Maharashtra and Andhra Pradesh?” It was a telling remark, one which reflects just why an Owaisi with his unapologetic defence of the community’s interests has suddenly become an attractive option for some.

So where does the BJP and the PM with his ‘sabka saath, sabka vikaas’ promise stand in this changing paradigm of the Muslim search for an alternative  leadership? Last week, the BJP claimed that 3 million Muslims had joined the party as part of its ‘missed call’ membership drive. A day earlier, the PM had met a delegation of 30 Muslim clerics and community leaders at his residence. He reiterated his desire to see Muslims with a “Koran in one hand and a computer in the other”. But are well scripted sound bites and photo-ops enough to bridge the gaping trust deficit?

First, like it or not, the Gujarat 2002 riots still haunt the average Muslim mind: Most Muslims are convinced that the then Modi government failed, deliberately or otherwise, to stop the violence.

Second, the Muslim interlocutors chosen by the PM are seen to lack credibility within the community: Most of them are seen as ‘rent-seekers’ who are using their proximity to power for self-aggrandisement, not for genuinely benefitting the wider population.

Third, the Sangh parivar still continues to send out mixed messages that only reinforces traditional suspicions. While the PM speaks of the Constitution being his only dharma, he has still been unable to fully rein in sangh affiliates and individual MPs who speak the language of hate and bigotry.

Which is where a leader like Naqvi needs to stand up and be counted. Instead of threatening to send all those who insist on eating beef to Pakistan, why doesn’t the honourable minister, whose wife is a Hindu, speak out on the obnoxious concept of love jihad, and ask those who propagate it to leave Indian shores?

Post-script: Last week,a communal flashpoint in Ballabgarh in BJP-ruled Haryana saw the displacement of many Muslim families. Ballabgarh is just around 40 km from Delhi. Maybe a reach out to the affected victims could be a more effective response than a photo op at 7 RCR?