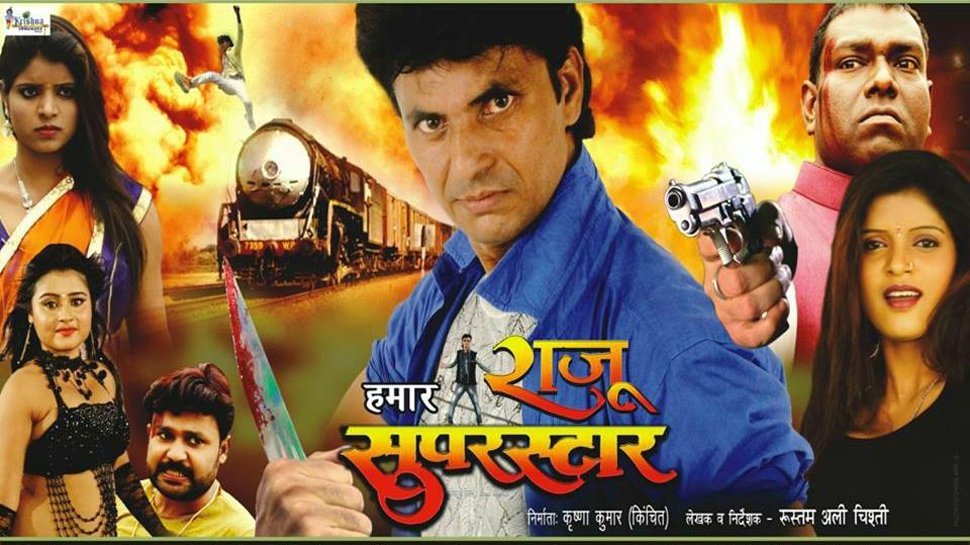 Check out the trailer:

The trailer is full of action but at the same time, it has the other elements which this film an interesting watch.

Talking about the film, producer Kinchit said that the film is filled with action, comedy and romance. It makes for a perfect family watch. The story of the film revolves around a hero and they have done the casting keeping in mind the subject of the film. Actress Muskaan Chopra stars opposite Raju Rasiya in the film. The director lauds the chemistry between two lead actors.

Krishna Kinchit plays the antagonist in the film ‘Hamar Raju Superstar’. He also revealed that the film is slated to release in April but they are not sure about the release date. There are total nine songs in the film. And the best thing about the film is that famous singer Anup Jalota has also sung one song in the film.

The film has been shot in Bihar’s Gopalganj, Siwan, Baad and Muzaffarpur.