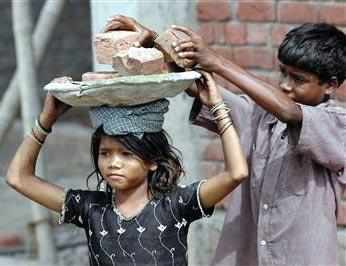 PATNA: Tuesday was observed as the ‘World Day Against Child Labour’ across the globe, but for hundreds of children in the age group of five to 17 years in the city, the day was no different as they were forced to work under unspeakable conditions.

“Eat our bread-pakoda for just Rs 12,” a 13-year-old boy, Raghav, was heard requesting his prospective customers near a cinema hall at Gandhi Maidan. He helps his father in running the roadside eatery. “I have many members in my family, but only my father earns. Hence, I have no other option but to help him in running the stall. I wanted to study, but was helpless,” Raghav added.

Another 15-year-old girl, who was seen selling junk jewelleries at the same place, said, “Only my mother is alive in family, but she can’t work due to physical disability. I somehow earn livelihood by selling these junk jewelleries.”

As per a 2017 report released by the Mumbai-based Pratham Council for Vulnerable Children (PCVC), Patna has highest density of children below 14 years of age working in shops and commercial establishments among eight select cities in the country.

On its part, the state government has planned to launch an intensive anti-child labour campaign in 51 selected blocks of Bihar. A consultation workshop was organised by the state labour resources department in collaboration with the Unicef here on Tuesday to discuss the issue.

“It is necessary to ensure that every child is protected. The government is committed to making the state child labour-free,” labour resources department minister Vijay Kumar Sinha said.