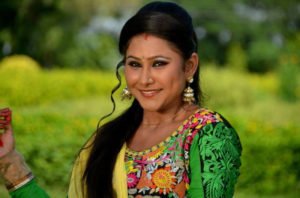 After making a mark in the industry with her hard hitting performances, actress Priyanka Pandit is all set to woo her fans in a different avatar. The actress has been roped in to play a police inspector in her next. The film titled ‘Villain’ is directed by Subba Rao. This is also the first time when a Bhojpuri movie is made without any actor. Priyanka Pandit plays the lead role in the movie, of an honest police inspector.

Priyanka said, “Director Subba Rao is known for his hit films and I am lucky to be directed by him.”