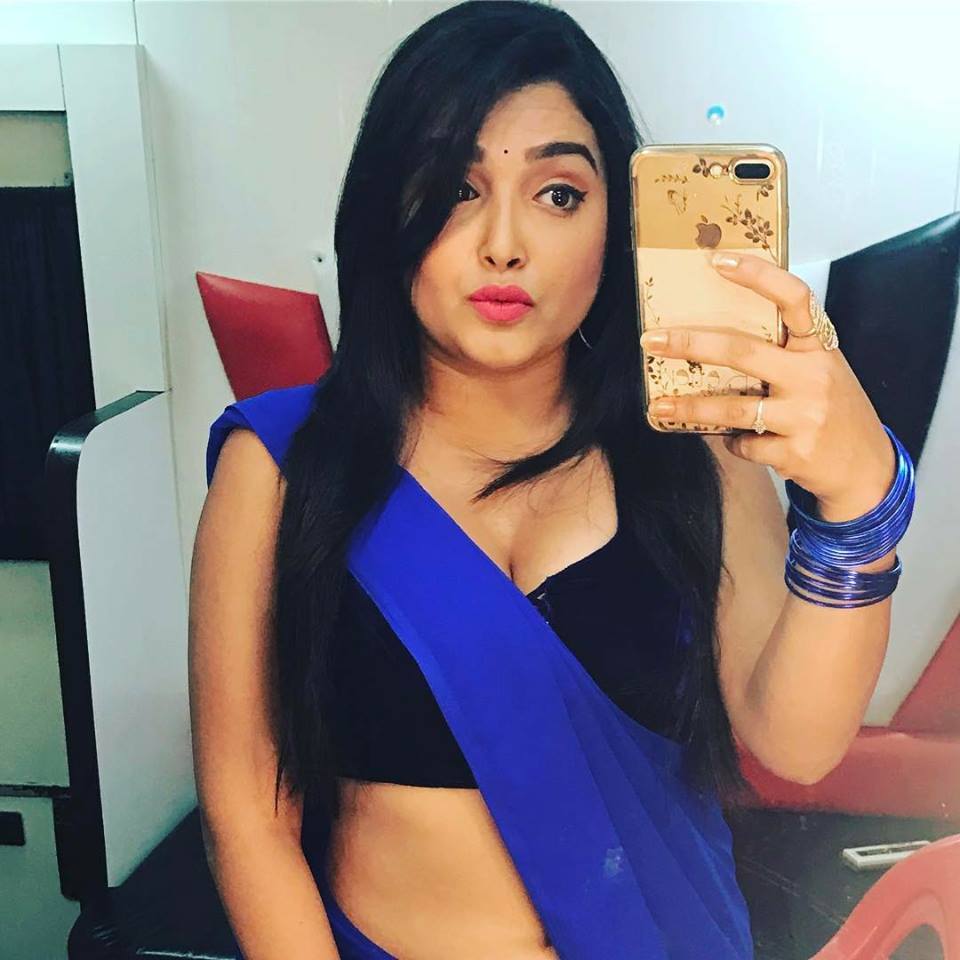 A brand new song featuring Amrapali Dubey is out and how! The YouTube Queen of Bhojpuri cinema looks gorgeous as always and her belly dance will leave you spellbound. The song is dedicated to her as it starts with her name.

Dressed in a white and red short ghagra – choli, Amrapali looks absolutely stunning. Her fans will love her dance movies and expressions.

Check out the song embedded below:

Amrapali is one of the most celebrated actresses in the Bhojpuri film industry. Before making a mark in the world of celluloid, Amrapali worked in TV shows – Rehna Hai Teri Palkon Ki Chhaon Mein, Saat Phere, Maayka and Mera Naam Karegi Roshan.

She made her Bhojpuri movie debut with Dinesh Lal Yadav aka Nirahua’s Nirahua Hindustani in 2014 and since then become the highest paid actress in the industry, reports suggest.

Her pairing with Nirahua has been loved so much that producers often cast her with him in their films.

She is all set to make a splash on the big screen with Nirahua starrer Border on Eid this year. The film will hit theatres on June 15. She was recently in Hyderabad to shoot for Jai Veeru, another film with Nirahua.