But Suzy has switched her attention to ex-Liverpool hero Coutinho, 25, in the wake of the La Liga leader’s 5-0 win over Sevilla to secure the Copa Del Ray trophy.

The Catalans ran riot as Coutinho – who moved from Anfield for £142m in January – notched a goal with a penalty.

And in typically cheeky style, Suzy posed in nothing but a Barca top with the Brazilian’s name on the back. 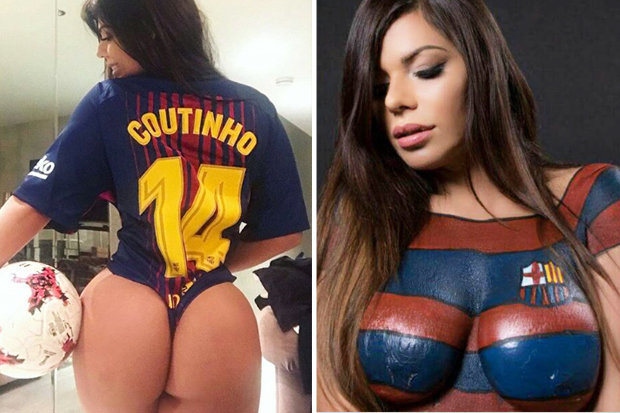 The snap drew hordes of comments from enthused fans who hailed her award-winning buttocks.

And another added: “Wow, beautiful bum.”

Suzy was crowed with the Miss Bum Bum title in 2015 and her fame has risen rapidly since the victory that earned her £11,500.

The show sets out to find the best bum in Brazil and is run annually.

Barca currently sit 11 points clear at the top of the league without a single loss in the campaign, breaking a 38-year record.

But the team crashed out of the Champions League earlier this month with a shock 3-0 loss to Italian side Roma.