Skip to content
Nicki Minaj appeared to confirm that she is dating rapper Eminem on her Instagram page.

The Chun-Li singer was asked by a fan if she was dating the Loose Yourself star Eminem, real name Marshall Bruce Mathers III, on the social media site.

And Nicki, 35, seemed to put rumours to bed, as she simply replied: “Yes”.

Fans began to go wild online after news got out of the pairing. 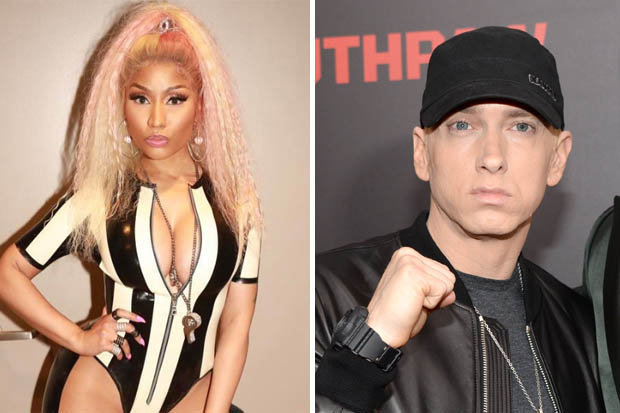 DATING: Nicki appeared to confirm she was dating Eminem on Instagram 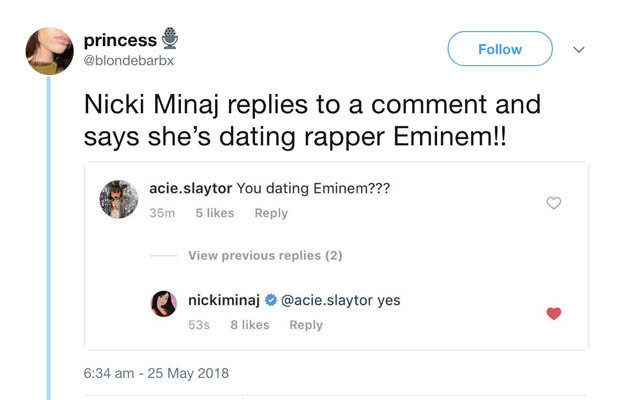 CONFIRMATION: She told a fan ‘yes’ when asked if the pair were dating

One Twitter user exclaimed: “Oh my God, my idols are dating @NICKIMINAJ @Eminem.”

While another added: “This is Wild! Nicki Minaj says yes when a fan asked her if she’s dating Eminem.”

A third continued: “Apparently Nicki Minaj and Eminem are dating and I don’t know how I feel about [it]… I’m speechless right now.”

However, others were more sceptical about whether Nicki, real name Onika Tanya Maraj, was actually dating Eminem. 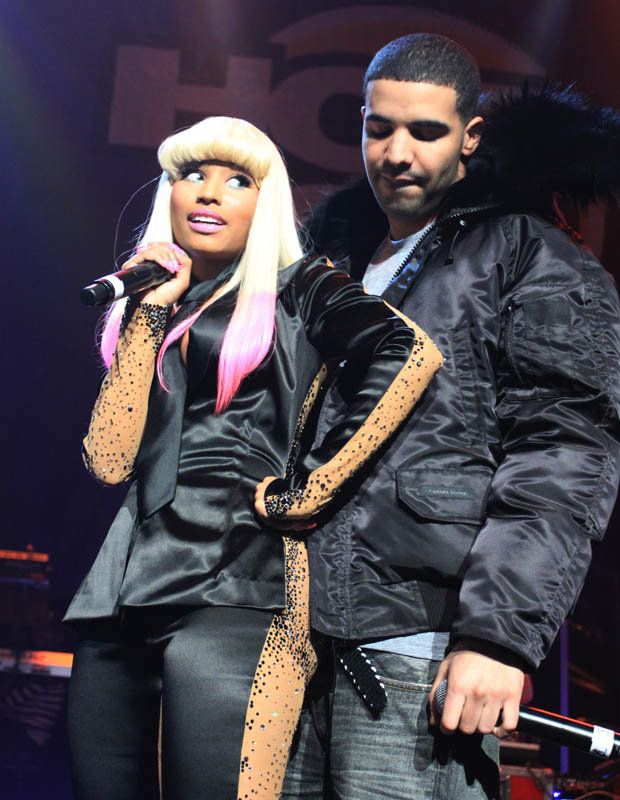 EX-FACTOR: Nicki has previously been linked to a string of rappers, including Drake

One fan declared: “Nicki Minaj was trolling when she said she was dating Eminem now media is up with articles saying she confirmed.”

Another added: “I refuse to believe that Nicki Minaj and Eminem are f***ing… Oh hell no.”

A third chimed in: “Nicki Minaj is dating Eminem? We love a publicity stunt.”

Nicki has a string of famous rapper exes including Nas, Meek Mill, Lil Wayne and Drake. 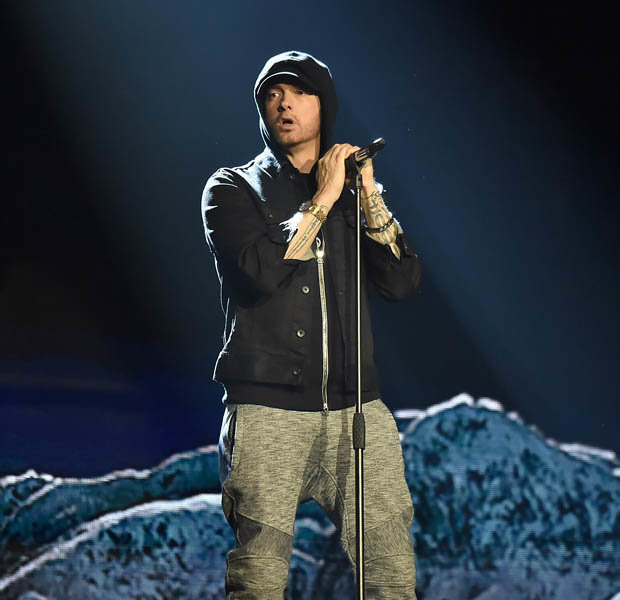 FATHER: Eminem was previously married to Kimberly Anne Scott and has three daughters

Meanwhile, Eminem has been linked to the likes of Mariah Carey and Britney Spears in the past.