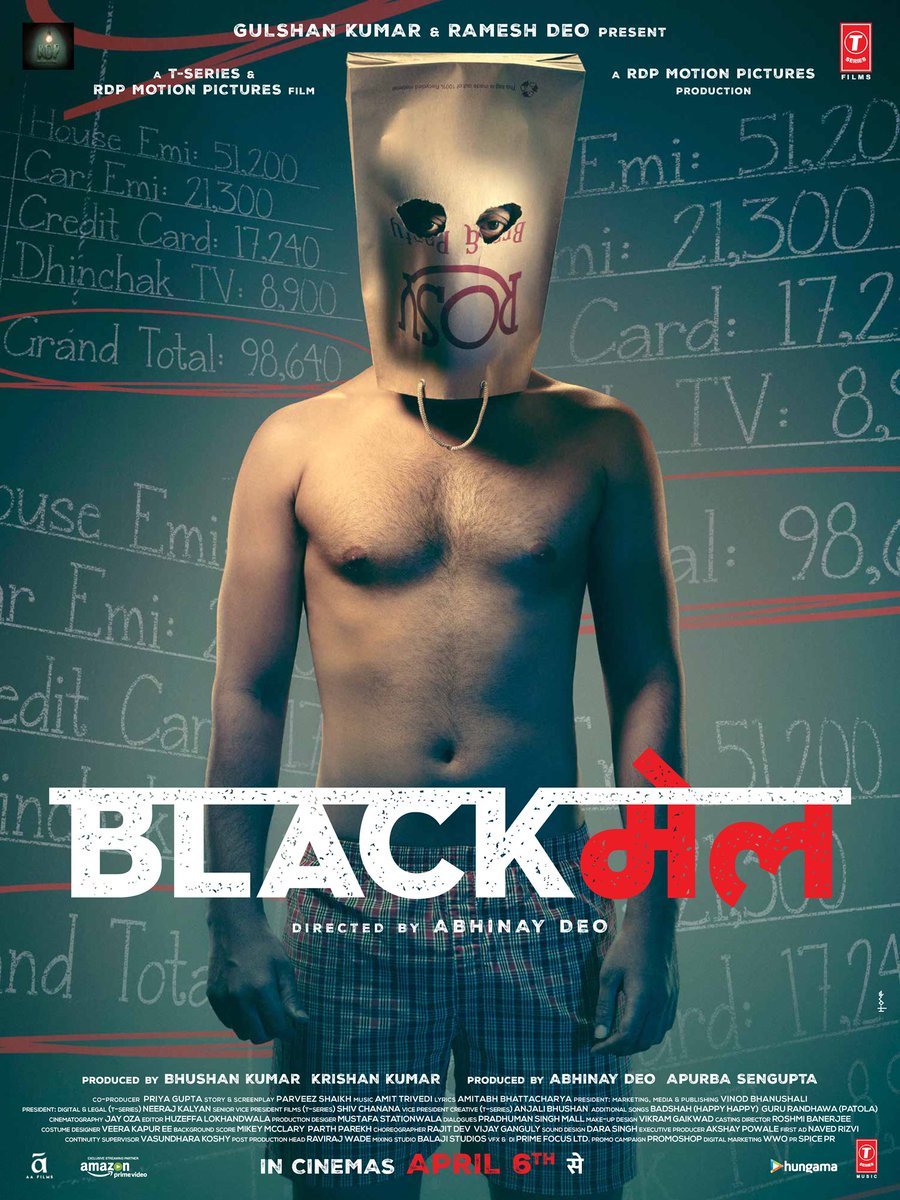 After piquing the interests of the audience with its intriguing teaser, the makers of ‘Blackमेल’ have released another quirky poster of the film. Featuring Irrfan in a bare-chested avatar with just boxer shorts and a paper bag to cover his face, the new poster adds to the anticipation of the film.

Showcasing Irrfan in a never seen before avatar, the teaser features the actor bare-chested in a pair of boxer shorts with a bras and panty paper bag covering his face. He is seen running about the streets with two eye holes cut into this lingerie paper bag.

Taking forward the narrative of the teaser, the latest poster features Irrfan bare-chested yet again where the bra and panty paper bag makes a comeback. Irrfan took to his Twitter account to share the poster. He also revealed that the trailer of the film will be out on Februaru 22. He captioned the poster writing, “Aa raha hai #BLACKमेल trailer on 22nd Feb.. Get ready!!! @tseries #RDPMotionPictures #AbhinayDeo”

While the first poster of ‘Blackमेल’ gave a close-up view of Irrfan’s face with a paper bag covering his face, the second poster gives us further insights into his look. Abhinay Deo’s directorial ‘Blackमेल’ caused a social media storm on Valentine’s Day with its quirky, unusual and comic teaser.

Post entertaining the audience with Delhi Belly and the TV series 24 amongst others, Abhinay Deo is all set to present yet another quirky comedy. With the National Award winner Irrfan, comedy seems to have become a favourite genre with Hindi Medium fetching him this year’s Filmfare Award for the Best Actor (Male).